In the first in a series of articles on creating major change, David Parmenter looks at some of the leading theories put forward by experts in the field 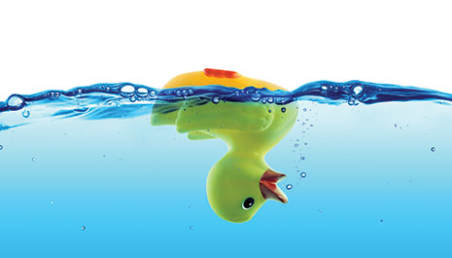 Finance teams around the world are often keen to embrace lean practices, but a fair proportion are wary of undertaking them, as many initiatives within finance and other teams fail.

In their book The Three Laws of Performance, consultants Steve Saffron and Dave Logan provide a compelling explanation as to why so many of these initiatives end in failure. In defining the first law, ‘How people perform correlates to how situations occur to them’, they point out that the organisation’s ‘default future’ – which we as individuals just know in our bones will happen – will be made to happen. So, in an organisation with a systemic problem, the staff will be driven to make initiatives fail so that the default future prevails. The key to change is to recreate, in the minds of the staff, a new vision of the future – an ‘invented future’.

In 1996, John Kotter, a change management guru and professor at Harvard Business School, published Leading Change, in which he put forward an eight-stage process of creating major change. In this edition of AB, we will look at stage 1 of Kotter’s approach, and incorporate Saffron and Logan’s thinking.

Stage 1 is to establish a sense of urgency. The process of getting the executive team on board requires a well-prepared ‘elevator pitch’ and then a masterful sales presentation to obtain permission to run a focus group that will assess, validate and establish the scope of the proposed initiative (Kotter’s stage two).

The 20-second elevator pitch is designed to capture the attention of the decision-makers (the term is so-called because you need to be able to get your point across in the time it takes for the decision-maker to reach their floor in an elevator ride, as that might be your only opportunity to pitch). It must be well rehearsed so that when you ambush the CEO, you are prepared. The aim is to be so persuasive that they come back to you in the next few days to discuss it further.

An elevator interaction might go like this: in answer to their question ‘How are you?’, you might say ‘I am troubled. I have just been looking at [the issue that concerns you] and I have estimated that over the next 10 years we will be spending £Xm and £Ym on this if we do nothing. I have been researching a new approach – tried and tested elsewhere – which would save much of this cost. I just need 15 minutes of your time to explain it.’

I recommend you practise your elevator speech at least 20 times so that it is focused and lasts no longer than 20 seconds.

Next you next need to prepare a presentation based around the emotional drivers of your audience, aimed at getting agreement to the next stage. As Kotter says, you need to create a sense of urgency and connect both intellectually and emotionally.

It’s important to get this presentation right; you will not get a second chance. So embrace the guidelines in the article ‘Power of the slide’, including Guy Kawasaki’s 10/20/30 rule: limit yourself to 10 slides, 20 minutes and a minimum font size of 30 points.

The objective of the presentation is to get permission to run a focus group with a cross-section of the organisation’s oracles to obtain their green light. More of that in the next edition of AB.

David Parmenter is a writer and presenter on measuring, monitoring and managing performance

1 Attend a ‘train the trainer’ course so you can prepare and deliver a compelling sales pitch.

2 Read the AB article ‘Power of the slide’.

3 Email David to receive a review of the book, The Three Laws of Performance.