Long-awaited reforms to the European Union’s Common Agricultural Policy are expected this year, and will see some Irish farmers re-thinking their finances 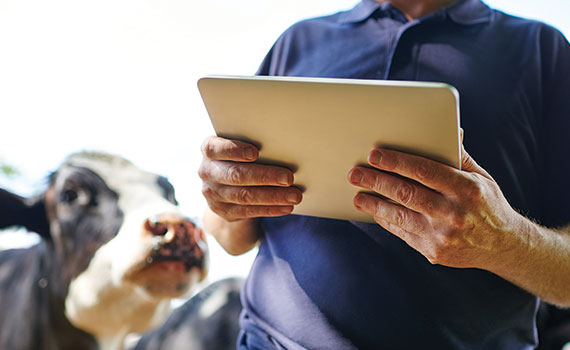 Accountants with expertise in the Irish farming sector will not only be monitoring Brexit as an important EU policy change during 2020, but also scrutinising potential reforms to the EU Common Agricultural Policy (CAP), now under discussion for the remaining member states, including Ireland. They will be advising agricultural clients to be prepared for shifts in CAP subsidies.

These may include additional support or conditions favouring environmental good practice and shifting spending from larger to smaller farms.

The changes were supposed to have been agreed before the previous European Commission left office on 1 December last year. But as Ursula von der Leyen assumed the presidency, the planned CAP reform, a key policy goal of her predecessor Jean-Claude Juncker, remained unfinished. EU member states, while accepting that the CAP should do more to promote environmental sustainability, animal welfare and organic production, had not agreed on how to integrate these policy priorities into Europe’s farm payments.

Agricultural spending is widely viewed as politically sensitive, and remains the largest EU spending item, with €60bn of subsidies spent in 2018, out of a €165bn overall budget. Securing agreement will not be easy – although it is a clear priority for von der Leyen.

In Ireland, this spending is especially important, given figures showing the agri-food sector accounts for 7.8% of the republic’s gross national income. Irish farmers rely on CAP payments – between October 2016 and October 2017, almost €1.7bn was allocated to just over 130,000 beneficiaries. So it has been a concern to some that Irish politician Phil Hogan is now the EU’s new trade commissioner and is no longer responsible for pushing the reform package through the European Parliament and the EU Council of Ministers. He has been replaced as agriculture and rural development commissioner by Janusz Wojciechowski, a Polish conservative, who may be less sensitive to Irish farming needs.

The proposed CAP changes could have a significant impact in Ireland, with a higher level of direct support projected for small and medium farms. Given average family farm income in Ireland was just €31,412, including CAP payments (National Farm Survey 2017), and the average total CAP payment received per farm in 2017 was €17,659, increasing subsidies for smaller farmers will matter. The other key impact will be in farming practice, if proposals to make CAP payments dependent on environmental good practice are approved. EU discussion documents suggest payment conditions could include protecting wetlands and peatlands – a major issue in western Ireland; limiting fertiliser and slurry run-off to improve water quality – of concern to Ireland’s wealthy dairy sector; and practising crop rotation. Michael Kinsella, a senior partner specialising in agriculture at accounting and advisory firm BCA, working out of Tullamore, Co Offaly, says one piece of advice for farmers facing change in CAP payments would be considering moving into dairy – ‘go into something that’s in margin – and with dairy, it’s there’.

While Irish dairy farms can be large, and profitable enough to withstand losses of CAP subsides to bigger outfits, Kinsella said smaller farmers can produce milk, even with 100 dairy cows, and make ‘a reasonably good’ income. However, he agrees that Irish farming would be impacted by EU environmental requirements to secure CAP funding, given Ireland’s Environmental Protection Agency said in October that the country’s agricultural sector accounted for 34% of its greenhouse gas emissions. For this reason, Kinsella predicts that some farmers will move into forestry, planting on marginal land, with tree growth hastened by Ireland’s wet climate.

That said, Alan McCarron, partner at Co Mayo accounting firm Dillion McCarron, questions whether the increase in payments for small and medium farms would buck the trend of smaller farmers quitting the business or going part-time. In his western Ireland region of Connacht, small farms of 40–50 acres predominate, and they are unlikely to receive much more than €12,000, and €15,000 at most, from CAP funds annually. With falling beef prices, he says: ‘You have middle-aged farmers getting out of farming or moving onto PAYE and letting their farms limp along.’ As for possible EU environmental rules, he predicted that many farmers would continue to leverage existing tax breaks for turning land over to forestry, rather than conserve peat or wetland within a farming strategy. ‘The trend is set,’ says McCarron, ‘and I don’t think even a 20% increase in grant will influence opinion in the future.’

Time is of the essence

Of course, all these considerations will only come into play if these reforms get through. If so, when? In her mission letter to Wojciechowski, von der Leyen asked for his ‘support to swiftly conclude negotiations’. In one of her first speeches as president, von der Leven laid out her European Green Deal, with the aim of becoming the first climate-neutral continent by 2050, saying ‘this will include extending emission trading to all relevant sectors, clean, affordable and secure energy, the boosting of the circular economy, a farm to fork strategy as well as a biodiversity strategy’.

But the EU is not near to finalising agreement on the CAP reforms, which have yet to be approved by the parliament’s plenary session or the council. The October 2019 meeting of EU agriculture ministers’ communiqué said ‘more work’ was needed on how to target CAP support, and there were ‘divergent views’ on linking spending to environmental ambition.
It would appear there is time for more lobbying, even with Hogan’s departure from the agriculture brief.

"In Ireland, this spending is especially important, given the agri-food sector accounts for 7.8% of the gross national income"

At the 2020 Budget, the Irish government announced that the Department of Agriculture, Food and the Marine will spend up to €1.64bn over this year. The funds allocated include: