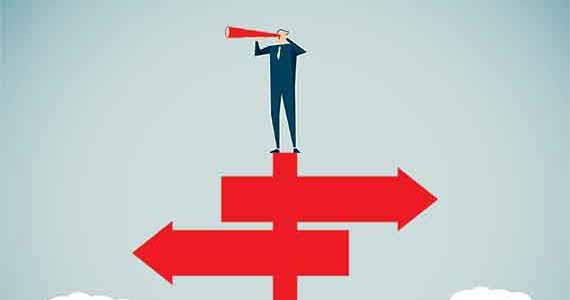 The GECS global confidence index in Q2 fell back slightly, after the bounce in Q1. But confidence remains above the record low reached at the end of 2018. The message from GECS is still one of weakening global growth through the second half of the year, but with a very low risk of recession.

The good news is that reduced inflation concerns, also picked up in the latest GECS, gives central banks, notably the US Federal Reserve, the policy bandwidth to ease monetary policy.

Confidence in the US fell sharply in the quarter to the lowest level in eight years, hit by the resurgence of trade tensions as tariffs were increased to 25% on a range of Chinese imports. Meanwhile, the orders index fell back too, but not so dramatically. This is consistent with annualised GDP growth of around 1.5% through the second half of the year. US interest rates will almost certainly be cut in coming months and this will help sustain growth.

The GECS China series points to a weak picture with falls in confidence and orders in the quarter. Increased tariffs imposed by the US will have a negative influence on exports and growth in the second half. Already in Q2 GDP growth had slowed to an annual rate of 6.2%, close to the weakest since 1990. Domestic demand is also soft – the GECS capital expenditure index fell back in Q2.

Confidence in the UK mirrored the global pattern, falling back from Q1 but not down to the levels of late last year. The message from the GECS continues to be moderate growth, restrained by stagnant business investment spending held back by Brexit uncertainty.

In Western Europe as a whole, confidence held steady in the quarter, although orders slipped to a three-year low. The euro area economy is faltering, with Germany’s export-driven growth model spluttering in the wake of slowing external demand, especially from China.

A mixed picture in Middle East and South Asia

In other regions, the Middle East suffered a dip in confidence, probably reflecting volatile oil prices. Slowing demand for oil as the global economy loses momentum is likely to be a significant factor in the oil market in coming quarters. Meanwhile, confidence in South Asia held up, although both India and Pakistan are facing slowing economic growth of differing severity.

Emerging markets to benefit from lower US interest rates

For emerging markets (EMs), generally the big positive factor is the shift in US monetary policy stance towards easing. Lower US interest rates will reduce capital outflows, which contributed to pressure on EMs last year. The offset to this is that weaker growth in developed economies will reduce demand for EM exports.

Economic challenges for the US

The US economy has expanded continuously for 10 years but structural changes will challenge policymakers.

First, there has been a shift in the unemployment–wages trade off relationship – it now appears that the unemployment rate can fall to a lower level before triggering upward pressure on wages – and inflation. This may allow interest rates to be kept lower for longer.

Secondly, the US, as well as the biggest oil producer in the world, is becoming a significant net exporter. As such higher oil prices will in future boost economic growth via the trade balance rather than restraining demand as before through higher import prices.

Finally, US public sector debt is on course to reach its highest level as a share of the economy since 1946, boosted by large tax cuts last year. Debt is approaching a level at which fiscal policy is likely to become less effective when used in an attempt to boost a slowing economy.

Listen to Michael Taylor, Chief Economist at ACCA discussing the global economy and looking at current picture and the potential risks.