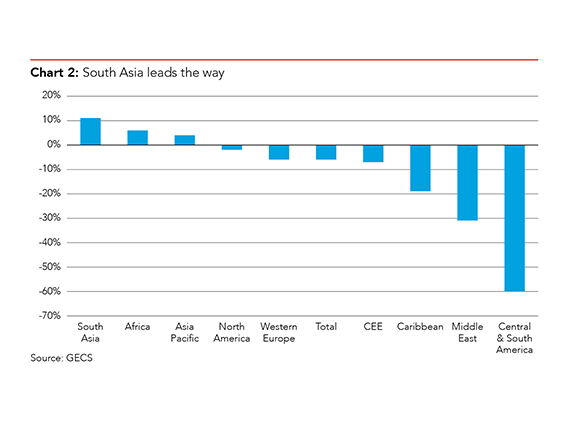 Many of the region’s locations, including Hong Kong, Taiwan, South Korea and Thailand, are heavily trade-dependent. The recovery in global demand has therefore given them a significant boost. Growth in these locations is now the fastest in three years.