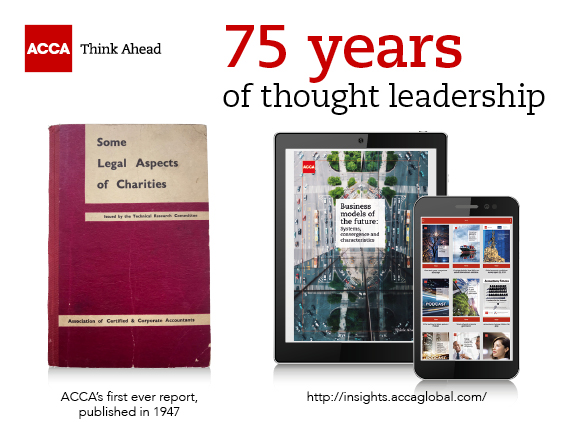 As we move further into the 21st century, the changing shape of business and society is reflected in research into robotics and AI, and the importance of the human element in accountancy.

In 2017, ACCA partnered with IFAC and CAANZ to launch ground breaking research into one of the hottest policy debates, public trust in tax, with unique research across citizens of the G20 countries, revealing for the first time what people actually think about tax (rather than what newspapers, politicians or NGOs said they thought).

Perhaps our most influential series of reports, the Professional accountants -  the future work has informed not just our conversations with policy makers and stakeholders, but the shape of the qualification itself.