Faith Simpson set up her own practice in 2005 and now has three offices in Elgin, Huntly and Edinburgh employing 12 staff. 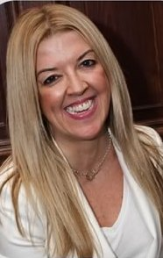 "It is absolutely imperative that career opportunities are available to people regardless of their social background. For those from a less advantaged social background I do see barriers, an old boy's network and a perception that you should have gone to university.

When hiring, many accountancy practices are still looking for a specific type of person – the straight A Student with a relevant university degree. I don't personally think that this has changed that much in the last decade. When accountancy practices now need to offer so much more in terms of service, that age old bean counter with a maths degree is almost outdated

My experience of these barriers certainly influences the way that I run my practice, for instance, offering employment opportunities to those who want a career in accountancy but don’t want to go to university.

After my degree in languages and tourism at Queen Margaret University in Edinburgh, I worked in Guernsey. Due to the quality of life, I wanted to stay on the island and was fortunate enough to find a job with Deloitte & Touche who suggested I studied for ACCA.

As an employer, they saw ACCA as an easier option for someone who was not a typical straight A student just out of university.  It offered greater flexibility to study for and pass the exams compared to the ICAEW route.

Having done so well in my first-year exams, they offered me the chance to switch to the ICAEW route which I politely declined. Why would I when my peers thought the ACCA exams structure and content was better, more varied and industry focused?

Moving back to the North of Scotland in 2000 I joined a very traditional firm of Chartered Accountants. They expressed an interest in change and my views coming from a slightly different career route. Unfortunately, this was not the case. They had a certain mould which they wanted people to fit into. Very stereotypical and traditional and if you didn’t quite fit the mould then you never would.

I had the qualifications; my four-year career in practice; two years in industry and working internationally. Still I did not quite fit the mould.

Accountancy practices that do not alter and do not change their perceptions are going to be the ones left behind. There has not been enough change. We still have that slightly elitist route.

ACCA deserves praise for the way that the qualification is so open. This does not make the qualification any easier– the exams are still very hard – but ACCA is taking active steps to say you don't have to come from this background or that university to get a good start in accountancy. ACCA's openness is demonstrated by its 'In School Programme', apprenticeships and the on the job training.

ACCA is working hard to be approachable and forward looking, determined not to be stuck in old ways. We're getting out there talking to schools and to the students.

It's sad that we're still not giving everybody an equal opportunity. Where you come from or your gender should not matter. What matters is if you have the qualification, a good head on your shoulders and you are prepared to put in the hard work. Then you should be given opportunities no matter where you are from."