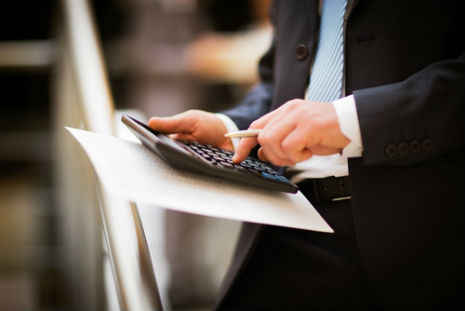 First published in tbc edition of Accounting and Business magazine.

The need to raise revenue for the Second World War effort saw the number of taxpayers increase from 10 million to 14 million. This growing number of taxpayers required a more efficient tax collection system than annual or six-monthly collection, so in 1944 the Pay As You Earn (PAYE) system was introduced. However, the system struggled to cope with 21st century working practices where employees might move frequently between short-term contracts, or worked for several employers at the same time.

In 2010, HMRC issued a consultation document on reforms to the PAYE system. Two separate elements were considered. Real time information (RTI) would collect information on tax, NICs and other deductions each time a payroll is run, and then submit this to HMRC when employees are paid.

Centralised deductions would build on RTI with responsibility for calculating tax and NIC being taken over by HMRC. HMRC would receive the gross payroll payments from employers, make the necessary deductions, and then send the net payments to employees’ bank accounts. Responses to RTI were generally favourable, but opposed to centralised deductions. This aspect has therefore been postponed, and there are currently no implementation plans.

"Responses to RTI were generally favourable"

RTI has been mandatory since October 2013, so virtually all employers will be reporting PAYE in real time for 2014-15. Many aspects of RTI are quite detailed, such as the reporting requirements, so it is therefore only possible to provide a summary of the more important areas. The focus is on smaller employers since RTI impacts on them far more than larger employers who would have already been using payroll software prior to the introduction of RTI.

At the start of the tax year HMRC issued a tax code for each employee. This was then used by the employer to calculate how much income tax was due each time an employee was paid - normally weekly or monthly. The income tax deducted, along with NICs, was paid over to HMRC on a monthly basis, although small employers could instead make quarterly payments.

An employee leaving during the tax year was given form P45 showing pay and PAYE amounts from the start of the tax year to the date of leaving. A new employee would either provide a form P45 from their previous employment, or (if there was no form P45) complete form P46. Form P11D (or form P9D) had to be completed after the end of the tax year for employees provided with benefits or in receipt of expense payments.

The fundamentals of PAYE itself remain unchanged, so employees are still issued with tax codes, and the employer is still responsible for deducting income tax and NIC. The due dates for paying tax and NIC to HMRC are the same, with small employers allowed to pay quarterly.

However, with RTI the employer must report details of pay and deductions to HMRC every time employees are paid. This is known as a full payment submission (FPS), and must be submitted either before employees are paid, or at the time of payment.

RTI allows HMRC to update tax codes more frequently, so in theory PAYE should be more accurate with less need for repayments and tax demands after the end of the tax year. However, HMRC’s estimate of 5.5 million errors for 2013-14 shows that the impact of RTI has so far been somewhat limited. RTI is also essential to the operation of universal credit which is currently replacing income-related benefits and tax credits, with full implementation planned by 2017.

"HMRC’s estimate of 5.5 million errors for 2013-14 shows that the impact of RTI has so far been somewhat limited"

Forms P35 and P14 are not required because end of year information is included within the final RTI submission for the tax year. However, form P60 must still be provided to employees. Benefits and expense payments remain outside the scope of RTI for the time being, so forms P11D and P9D are also retained. Employers continue to complete these forms as appropriate.

One other thing that has not changed is how employees are actually paid, so payment can be by cash, cheque, or any electronic basis.

RTI must be reported electronically, so it is no longer possible to produce payroll manually. It is therefore necessary to either use payroll software (some of which is available for free), or to use the services of a payroll provider. Most payroll software reports payroll information to HMRC via the Government Gateway. An option for employers with no more than nine employees is to use HMRC’s free Basic PAYE Tools package. Although not a full payroll package, this calculates PAYE deductions and reports the relevant information to HMRC. However, many users have commented that they are far from happy with HMRC’s product.

For all new employees, the employer will need their full name, date of birth, national insurance number, gender and address. If previously employed during 2014-15, the employee should have a form P45. The P45 will show the employee’s leaving date from their previous employment, pay and tax paid to date, and tax code. This information is provided to HMRC as part of the RTI filing process.

When an employee leaves, it is simply a matter of including the date of leaving on the FPS when the employee receives their final pay. Form P45 has been retained under RTI, and the leaving employee must be provided with a copy – it will automatically be produced by payroll software.

A small business might have just one or two employees who are paid a fixed weekly wage. Prior to RTI, it was a simple matter to work out the PAYE deductions (the same figures could be used each week), pay the deductions on a quarterly basis, and file the year-end returns using the Government Gateway. But with RTI, a FPS is required every week of the year, increasing the cost if the services of an accountant are used. HMRC has responded to this problem by introducing a temporary relaxation to the reporting requirements for micro businesses with nine or less employees. A micro business can submit just one FPS at the end of each tax month. This relaxation applies until 5 April 2016, but cannot be used by any new businesses starting after 6 April 2014. In future years, it might be possible to move employees to a monthly salary so as to reduce the number of FPSs.

It is also possible to minimise costs by submitting several FPSs upfront at the same time, but care is needed here because payroll details could change or an employee could leave.

A similar problem is faced by directors of owner/managed companies (with no other employees) who take a low level of director’s remuneration (maybe sufficient to use their personal allowance) with the balance of income withdrawn as dividends. One possibility is to use an annual PAYE scheme as this avoids the need to complete nil payment notifications. The director is paid in a single tax month each year, with just one payment made to HMRC.

An alternative is to again submit several FPSs in advance. For example, April, May and June could be filed together prior to the April submission deadline. Such quarterly filing will tie in with the deadlines for quarterly payments to HMRC, although where a director is paid on this basis it will probably only be necessary to make a payment for the last quarter of the tax year (given that thresholds are applied on an annual basis).

Businesses with a fluctuating, weekly paid, workforce have been the most affected by the introduction of RTI - typically, those in the catering and entertainment sectors employing casual staff. HMRC has introduced a seven-day grace period before having to report pay, but this only applies to certain employees – such as casual employees and piece workers.

Late filing penalties apply from 6 October 2014, with the implementation date having been postponed from 6 April 2014. After 6 October 2014, an employer will not be penalised for the first late submission, but any subsequent late submissions during the remainder of the tax year will result in penalties. These are applied on a monthly basis, so there will be just one penalty even if more than one submission is late during any particular month. The amount of penalty ranges from £100 to £400 depending on the number of employees, with an additional tax-geared penalty where filing is more than three months late. An inaccurate submission could also attract a penalty if the employer has not taken reasonable care.

An employer can be late with one monthly or quarterly payment without penalty during a tax year, but a subsequent late payment will result in a tax-geared penalty. The employer will also be charged daily interest for late payments.

The introduction of RTI has not been without teething issues, although generally implementation has gone better than many expected. For employers running their own payroll, problems can be minimised by using good quality payroll software rather than relying on HMRC’s free Basic PAYE Tools package.