The IASB's Conceptual Framework is being renovated, says Adam Deller, and is turning out to be a bigger task than anticipated 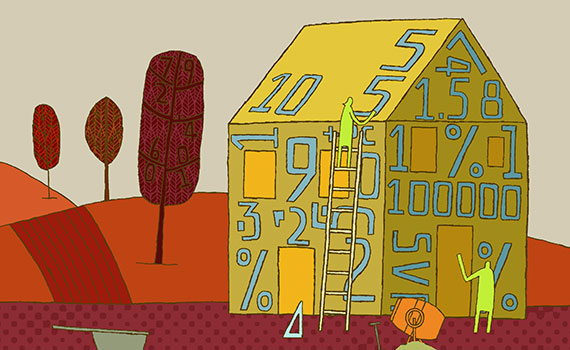 Renovations are tricky. It can be an overwhelming task, as you know that some parts need to be fixed, but you often fear that once you get going, you’ll end up finding more and more areas that need addressing. Often the project can take longer than you ever anticipated and you end up changing far more than you planned. That’s why it’s more enjoyable to watch renovation shows on television than actually taking on a project yourself.

The International Accounting Standards Board (IASB) is coming towards the end of its own renovation process on the Conceptual Framework for Financial Reporting 2010. Much like building work, it’s daunting to make a lot of changes to it, as the knock-on effects to individual financial reporting standards could be significant. Despite that, the IASB has had its hard hat on and been getting to work. Now that the programme is nearing completion, we may be able to make out the shape of what we’re going to be left with.

In this first article on the proposed changes to the framework, we are going to look at some of the more significant changes that have been tentatively agreed by the IASB. So sit back, look at the progress and just be glad that you’ve not had to do the heavy lifting.

As many respondents to the consultation highlighted, stewardship is not a new concept. The importance of stewardship by management is inherent within the existing framework and within financial reporting, so this statement may largely be reinforcing what already exists.

Originally, the IASB had not planned on making any changes to ‘Chapter 3, Qualitative characteristics of useful financial information’, but following many responses to the discussion paper, there have been some changes that have tentatively been accepted by the IASB.

However, while the qualitative characteristics remain unchanged, the IASB has tentatively decided to reinstate explicit references to prudence and substance over form.

In the Conceptual Framework for Financial Reporting 2010, these were removed. The conclusion reached was that substance over form was not considered to be a separate component of faithful representation, because it would be redundant. It was decided that representing a legal form that differed from the economic substance could not result in a faithful representation.

Whilst that statement is true, the IASB felt that the importance of the concept needed to be reinforced and so a statement has now been included outlining that faithful representation provides information about the substance of an economic phenomenon rather than its legal form.

In the 2010 framework, faithful representation was defined as information that was complete, neutral and free from error. The basis for conclusions in the 2010 framework stated that prudence was not included, as including it would be inconsistent with neutrality. However, the removal of the term led to confusion and many respondents to the IASB’s discussion paper urged the Board to reinstate prudence.

Therefore, an explicit reference to prudence has now been included, stating that ‘prudence is the exercise of caution when making judgements under conditions of uncertainty’.

As is often the case with a building project, making one minor change may lead to others, and everyone wants a building that is on the level. The problem with adjusting the building blocks here, even slightly, was that by adding in the reference to prudence, the IASB encountered the further issue of asymmetry.

Many standards, such as IAS 37, Provisions, Contingent Liabilities and Contingent Assets, apply a system of asymmetric prudence. In IAS 37, a probable outflow of economic benefits would be recognised as a provision, whereas a probable inflow would only be shown as a contingent asset, disclosed in the financial statements. Therefore, two sides in the same court case could have differing accounting treatments despite the likelihood of the payout being identical for either party. Many respondents highlighted this asymmetric prudence as necessary under some accounting standards and felt that a discussion of the term was required. Whilst this is true, the IASB believes that the framework should not identify asymmetric prudence as a necessary characteristic of useful financial reporting.

The IASB has tentatively decided to state that the concept of prudence does not imply a need for asymmetry, such as the need for more persuasive evidence to support the recognition of assets than liabilities. It has included a statement that such asymmetry may sometimes arise in financial reporting standards as a consequence of requiring the most useful information.

The 2010 framework has had ‘Chapter 2, The reporting entity’ classified as ‘to be added’ since inception. Finally, the extension has been built. It is fair to say that this is an extension built out of practicality, rather than excitement.

Whilst these have been tentatively confirmed by the IASB, the terms ‘direct’ and ‘indirect’ control are likely to be changed and clarified, meaning that there may still be some time before the extension is ready to be inhabited.

We will finish our review of the major changes by looking at the aspects in ‘Chapter 5, Recognition and derecognition’. Those of you still with us at this point may have noticed that we have skipped Chapter 4. That’s because its proposed amendments are much greater and will need to be investigated further in the next article.

In terms of recognition, the current framework specifies three recognition criteria that apply to all assets and liabilities:

The IASB has confirmed the new approach to recognition, which requires decisions to be made by reference to the qualitative characteristics of financial information. The IASB has tentatively confirmed that an entity recognises an asset or a liability (and any related income, expense or changes in equity) if such recognition provides users of financial statements with:

A key change to this is the removal of a ‘probability criterion’. This has been removed, as different financial reporting standards apply a different criterion, with some applying ‘probable’, some ‘virtually certain’, some ‘reasonably possible’. This also means that it will not prohibit the recognition of assets or liabilities with a low probability of an inflow or outflow of economic resources.

The final major change in Chapter 5 relates to derecognition. This is an area not previously covered by the framework. The IASB tentatively accepted the principles in the exposure draft relating to derecognition, namely that accounting requirements for derecognition should aim to represent faithfully both:

As we can see, progress has been made. Much of this progress may appear cosmetic, but the IASB is pressing on with the work. The foundations are being left intact, with significant work being done to many aspects of the framework.

The next article will focus on the elements of financial statements and the measurement of items, both of which are likely to have more significant impacts on entities.

Adam Deller is a financial reporting specialist and lecter

"The foundations are being left intact, with significant work being done to many aspects of the framework"