Direction of standard emerges for accounting for businesses under common control

The diversity in accounting treatment for transactions involving businesses under common control is in the IASB spotlight. Adam Deller explains what’s happening 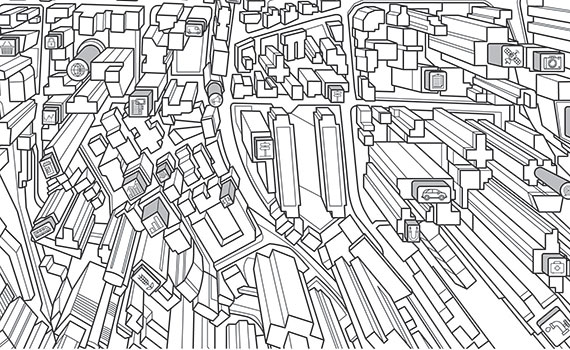 This article was first published in the February/March 2019 international edition of Accounting and Business magazine.

One of the items on the agenda for the International Accounting Standards Board (IASB) is the accounting for businesses under common control. The project may not be on the same scale as the big new IFRS Standards, but it’s an area not currently covered, so the IASB is looking to resolve the situation.

The first issue is to establish what a business under common control is. As the diagram below shows, a company P currently owns 70% of entity A and 100% of entity B. If entity A were to acquire another entity from outside the P group, this would be covered by the acquisition method in IFRS 3, Business Combinations, ensuring that the acquirer measured net assets at fair value. However, if entity A were to acquire entity B, this transaction would be between businesses under common control, and there is currently no prescribed accounting method. This would also be the case if P set up a new entity C and transferred both A and B into it in anticipation of an initial public offering to sell off entity C.

Business combinations under common control (BCUCC) are excluded from the scope of IFRS 3, so entities must apply IAS 8, Accounting Policies, Changes in Accounting Estimates and Errors, and develop an accounting policy that results in useful information. In practice, entities use the acquisition method set out under IFRS 3, or a predecessor method based on national GAAP, measuring net assets at historical cost-carrying amount.

Various parties, notably securities regulators, have raised concerns about the diversity in practice in accounting for BCUCC and have asked the IASB to provide guidance. It is a particular concern for emerging economies, where BCUCC can be prevalent. Initial research from the IASB staff has showed that BCUCC are typically accounted for by the predecessor method rather than the acquisition method.

The major question with BCUCC that the IASB is looking to address relates to how the net assets of the transferred entity should be valued at the date that the transfer takes place. The current IASB position on the way forward for the BCUCC project presents two major alternatives for dealing with this.

In some ways the predecessor method is simpler to apply, as it doesn’t rely on fair valuation methods and does not involve additional costs arising from a fair value exercise.

Most research participants feel that the carrying amounts of the transferred entity should be used – one participant argued that using carrying amounts recognised by the controlling party would be a form of so-called push-down accounting and was not appropriate. Most participants agreed with the preliminary view that the IASB should not prescribe where in equity to recognise any difference between consideration and transferred net assets, but they also thought that the least appropriate place to recognise any difference would be in share capital.

As with all accounting changes, there is a balance to be struck between the costs associated with the accounting and the usefulness of the information provided. The IASB believes the most significant impact of valuing the net assets in the transferred entity arises where there is a non-controlling interest (NCI) in the ownership of the entity being transferred, so it is focusing its work on this. The impact for wholly owned entities is not as significant, so this has not yet been examined.

Following feedback, the IASB believes the current value approach provides the most useful information for the NCI of the receiving entity, although this could depend on whether the NCI is substantive or non-substantive (by size or nature). If non-substantive, the benefits may not outweigh the costs, particularly when the NCI consists of only a few employee stock options issued to key management personnel.

On balance, the IASB is proposing that a current-value approach is considered only for some of the transactions that affect NCI. Two possible approaches – qualitative and quantitative – could be taken with such transactions. With the qualitative method, there are two ways to decide whether the transaction should be measured at current value:

Under the first of the two possible qualitative methods, a current value approach could be required only when the equity instruments being traded are on a public market. Such transactions are likely to be substantive, so there is little debate that current value is the most relevant measurement criterion. The main issue here is that private entities may not have to use the current value method (which provides the most useful information). However, IASB staff think that the NCI in private entities may rely on general purpose financial statements less than the NCI in public entities, as they are often held by related parties;  so, on balance, the board thinks the approach worth exploring.

Under the NCI shareholder-type option, current value would be used for transactions affecting NCI that is not held by related parties (or other employees if they don’t meet the definition of a related party). However, this would not apply the cost constraint, as the NCI could be very small.

A quantitative approach could require the current value approach when the relative size of the NCI reaches a quantitative threshold (such as 10% of the entity), with a predecessor method applied if this threshold is not met.

While this would apply the cost constraint and be simple, it would rely on an arbitrary threshold and could exclude some public entities. An IASB study of 14 stock exchanges found that setting a 20% threshold would cover listed companies as the minimum public float requirement never fell below that level.

The current proposal looks at a mix of qualitative and quantitative approaches to the NCI. This mix could involve applying the current value method to listed entities and to private entities with NCI above a set threshold.

The project is now starting to take shape, with the IASB focusing efforts on BCUCC with an impact on NCI. These are likely to involve bringing in net assets at fair values, certainly where the NCI is substantial. The details are far from being ironed out, but at least the direction is now set.

"While the predecessor method is simpler, what carrying amount should be used for the assets transferred?"