The shortcomings of IAS 37

The IASB is considering possible amendments to IAS 37. Graham Holt discusses the areas that require clarification and consistency 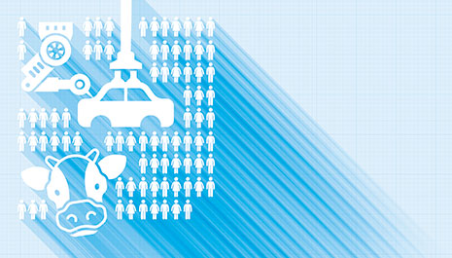 This article was first published in the February 2016 international edition of Accounting and Business magazine.

IAS 37, Provisions, Contingent Liabilities and Contingent Assets, issued in 1998, substantially improved financial reporting at that time. Prior to its issue, there was significant scope for earnings manipulation as, for example, entities could make provisions for future costs that were not present obligations. IAS 37 only allows provisions which meet the definition of a liability. However, the standard is not perfect and there are concerns about some aspects of it.

The International Accounting Standards Board (IASB) is considering amendments to IAS 37 for several reasons. There has been difficulty in interpreting IAS 37 guidance on identifying liabilities. Also, the recognition thresholds in IAS 37 have been questioned, as they are higher than in other international financial reporting standards (IFRSs). In addition, existing measurement requirements are unclear.

There is also inconsistency in the standard, as some provisions are subject to outcome uncertainty and some to existence uncertainty. Examples would be warranty provisions and possible litigation damages.

The Conceptual Framework exposure draft is likely to have significant implications for any review of IAS 37 because of the change in the definition of a liability. IAS 37 provides guidance in the interpretation of the definition of a liability where, for example, an obligation is not legally enforceable or is conditional on the future actions of the entity. The IASB is likely to wait until the publication of the Conceptual Framework in 2016 before any revisions to IAS 37.

IAS 37 states that only obligations that exist independently of the future conduct of the entity’s business are recognised as provisions: if the liability can be avoided, then a liability is not recognised. On the other hand, IAS 37 defines an obligating event as one where the entity has no realistic alternative but to settle the obligation. Preparers have interpreted this statement as the entity having a liability for obligations that could be avoided through its future actions, where those actions are unrealistic.

As a result, it is often unclear how avoidable an obligation must be for it not to be recognised, and this can give rise to problems. The IFRS Interpretations Committee has concluded that an entity does not have a present obligation if it could avoid the transfer through its future actions, irrespective of whether those actions are realistic. However, the interpretations have not completely clarified IAS 37.

An entity must recognise a provision where it is more likely than not that a liability exists; it is probable that an outflow of resources will be required to settle the liability and a reliable estimate can be made of the amount of the liability. The recognition criteria in IAS 37 have been the subject of debate, which has focused on the ‘probable outflows’ criterion. The IASB has proposed removing that criterion from IAS 37 to make the standard consistent with other standards, but many feel it serves a useful purpose. The view of the Conceptual Framework exposure draft is that consistency with other standards is not a reason for removing the ‘probable outflows’ criterion and states that recognition requirements may vary between standards.

The liabilities falling within the scope of IAS 37 can be distinguished from others as generally they cannot be measured by reference to an observable current market price. Moreover, there is normally no exchange transaction that provides a transaction price for the liability.

Although the Conceptual Framework exposure draft discusses the same recognition criteria, it does not necessarily imply thresholds as high as the ‘more likely than not’ thresholds in IAS 37. The IASB is only likely to lower existing thresholds if there are examples in practice of liabilities that are not recognised under the existing IAS 37 but whose recognition would provide useful information at a cost which does not exceed the benefit of that information.

The ‘more likely than not’ threshold for recognising litigation liabilities is lower than the threshold applied in US GAAP, which means that entities recognise liabilities for litigation that they are currently engaged in. Entities in the US are concerned that valuable information would be given to the plaintiffs if they used IAS 37 recognition criteria.

IAS 37 discusses how the ‘best estimate’ of a liability can be determined. With large populations, the obligation is estimated by using a probability weighted expected value technique. However, for single obligations the most likely outcome may be the best estimate of the liability. However, even in such a case, the entity considers other possible outcomes.

There are different views in practice as some think that expected value measurements should be used for a single obligation that is an estimate of the amount an entity would rationally pay to settle a liability. This diversity in applying IAS 37 is currently not readily apparent from disclosures.

Although several existing IFRSs specify the types of costs that should be included in measuring an item, IAS 37 is completely silent. There is no guidance on how obligations to provide goods and services should be measured. The implications of this lack might become more problematical when construction companies start to apply IFRS 15, Revenue from Contracts with Customers, instead of IAS 11, Construction Contracts.

IAS 37 does not state whether provisions should include costs such as legal costs expected to be incurred in the settlement of a claim. Often entities do not provide for future legal costs, as the service has not yet been performed. However, some entities do provide for such costs where it is considered that an outflow of economic benefits is probable.

Although IAS 37 requires discounting of future cashflows to present value, it gives no guidance on non-performance risk by the entity that is the entity’s own credit risk. Non-performance risk is taken into account by discounting the liability at the entity’s own borrowing rate instead of a risk-free rate, and the effect can be a significant reduction in long-term liabilities such as environmental provisions. IFRSs often omit requirements for recognising and measuring onerous contracts with the result that IAS 37 applies for the purpose of recognition and measurement of these contracts. Examples are IFRS 15, and IAS 41, Agriculture.

IAS 37 states that if it has become virtually certain that an inflow of economic benefits will arise, the asset and the related income are recognised in the financial statements of the period in which the change occurs. Because of this requirement, plaintiffs and defendants often account for court settlements that occur after the year-end differently, with defendants treating them as adjusting events and plaintiffs as non-adjusting events. Although IAS 10 sets out the way that a defendant should treat a judgment in a court case, it does not deal with the impact for the plaintiff, who needs to account for the contingent asset.

IAS 37 states that where some or all of the expenditure required for settling a provision is expected to be reimbursed by another party, the reimbursement shall be recognised only when it is virtually certain that the reimbursement will be received if the entity settles the obligation. However, establishing virtual certainty can be quite difficult.

A car manufacturer may have contractual rights to claim reimbursement for specified costs of a warranty claim from its component suppliers. However, because the future claims have not yet occurred, the manufacturer might find it difficult to establish that reimbursement is virtually certain and as a result may not recognise reimbursement assets, even though future inflows are both probable and can be measured with a degree of certainty.

Graham Holt is director of professional studies at the accounting, finance and economics department of Manchester Metropolitan Business School

"The recognition criteria in IAS 37 have been the subject of much debate, which has focused on the ‘probable outflows’ criterion"