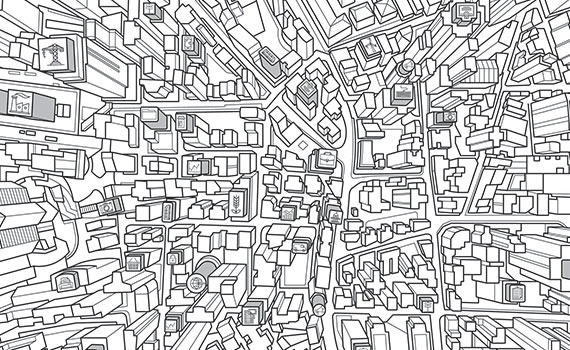 Major changes are coming down the pipe as a result of two new standards, both effective from 1 January 2018: IFRS 9, Financial Instruments, and IFRS 15, Revenue from Contracts with Customers.

IFRS 9 replaces IAS 39, Financial Instruments: Recognition and Measurement, while IFRS 15 replaces both IAS 18, Revenue, and IAS 11, Construction Contracts. This article will consider each standard in turn.

What’s new in IFRS 9? There are three major areas of change: classification, impairment and hedging. We will look here solely at the changes to classification and impairment.

What is categorised as available for sale in IAS 39 is termed fair value through other comprehensive income (FVOCI) in IFRS 9. The new standard also merges the classifications ‘held to maturity’ and ‘loans and receivables’ (two separate categories in IAS 39) into a single category: ‘amortised cost’.

For debt instruments, an entity can use amortised cost if it passes two tests:

This may mean that embedded derivatives, such as a convertible loan asset, are more likely to fall under FVPL, as the cashflows are likely to be lower than for a normal loan asset, reflecting the value of the embedded option. Under IAS 39, the loan aspect can be held at amortised cost, with the option itself being FVPL. Under IFRS 9, it is likely that the whole instrument would be held under FVPL. This may have introduce more profit or loss volatility, as the whole instrument is revalued to fair value at the reporting date, rather than just the option element.

An entity can hold a debt instrument as FVOCI if it passes two tests:

An entity can designate a debt instrument as FVPL if doing so removes or reduces an accounting mismatch with other items.

Perhaps the most significant change in IFRS 9 is the way in which impairments are recorded. Previously, financial assets were impaired only if there was objective evidence of impairment (the incurred loss model). Losses expected as a result of future events, no matter how likely, could not be recognised.

Under IFRS 9, an expected loss model has been introduced. Entities now determine and account for expected credit losses instead of waiting for an actual default, which means that loss allowances must be recognised as FVOCI assets or assets held at amortised cost. Changes in the loss allowance must be recorded in the statement of profit or loss each year.

The loss allowance should equal the expected credit losses within 12 months, or the expected lifetime credit losses if the credit risk on the asset has increased significantly since acquisition. To assess if there has been a significant increase in credit risk, an entity should compare the asset’s risk of default at the reporting date with its risk of default at the date of original recognition. There is also a rebuttable presumption that credit risk has increased significantly if contractual payments are more than 30 days overdue at the reporting date.

Meanwhile in the IFRS 15 standard, what is likely to remain the same is the recognition of revenue in many straightforward contracts involving revenue. The aim is still to recognise revenue in an amount that reflects the consideration to be received in exchange for goods or services.

So what’s new? There are changes in some revenue arrangements, which are detailed in the application guidance in IFRS 15. Rather than cover each of these here, we will take an overview of the major principles of the new standard.

IFRS 15 takes the principles previously applied in revenue standards relating to control and the transfer of risks and rewards, and develops them into a five-step process (see panel opposite).

For many entities, the requirements of the new standards may not have any significant impact on the preparation of the financial statements. But even if this may appear to be the case, most preparers should still familiarise themselves with the details of the changes. The International Accounting Standards Board has produced implementation webinars, summaries and materials to help preparers cope with the transition.

Control and transfer of risks and rewards in IFRS 15

Step 3: Determine the transaction price
This is the amount of consideration the entity expects in return for transferring goods or services. Any variable consideration can be included only if it is highly probable that a significant reversal in the amount of cumulative revenue recognised will not occur. If there is a significant financing component, such as deferred consideration, the initial revenue to be recorded must be discounted to present value.

Step 4: Allocate the transaction price to the performance obligations in the contract
This should be done by reference to the standalone selling prices of each element of the contract. If a customer is offered a discount for purchasing a bundle of goods and services, this should be allocated proportionately across all elements of the contract, unless to do so would be inaccurate.

Step 5: Recognise revenue  Revenue is recognised as control is passed – either at a point in time or over time.
The control indicators are consistent with previous standards, looking at items such as physical possession, risk and reward transfer, and a right to payment for the asset. If an obligation is to be satisfied over time, it must meet one of the following criteria:

The entity’s performance does not create an asset with an alternative use to the entity, and the entity has an enforceable right to payment for performance completed to date.

The revenue recognition here is similar to IAS 11, with revenue recorded based on progress to date.

IFRS 15 also states that costs relating to obtaining or fulfilling a contract are to be capitalised as assets and amortised as the revenue is recognised. This follows the accruals concept, matching costs incurred to revenue generated on the contract.