The road to global tax transparency 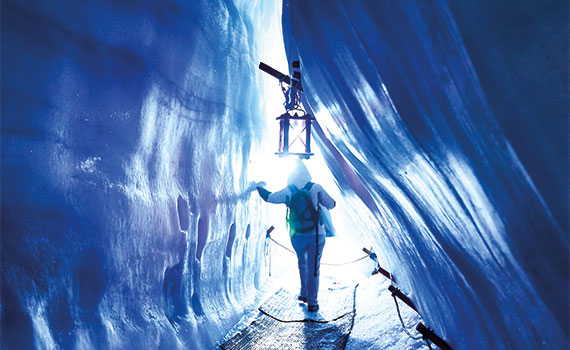 It is five years since the Common Reporting Standard (CRS) opened the way for global tax transparency. So far it has generated more heat than light.

In 2014, 47 countries agreed on a standard, developed by the Organisation for Economic Co-operation and Development (OECD), to enable banks to automatically exchange account information with foreign tax authorities. They included all 34 OECD member countries together with Argentina, Brazil, China, Colombia, Costa Rica, India, Indonesia, Latvia, Lithuania, Malaysia, Saudi Arabia, Singapore and South Africa. At time of writing, this number has swelled to 102 jurisdictions including various offshore nations and most major countries.

The one glaring exception is the US. This is ironic because the CRS initiative had its origin in the so-called Fatca (Foreign Account Tax Compliance Act) legislation in the US. Following the 2008 financial crisis, the US introduced Fatca to bring in tax revenue from US citizens who holding their wealth abroad to avoid US taxation. Fatca required overseas financial institutions to automatically file returns with the US Internal Revenue Service on accounts held by US citizens.

Fatca was passed in 2010, and the UK government brought in its own copycat version. Both laws took effect on 1 July 2014. Now, CRS facilitates the exchange of account information across a great many more jurisdictions, although the US chooses not to take part.

The information to be exchanged includes name, address, date of birth and tax identification number for individual account holders. Other reportable details include account balances or value at the end of the calendar year or reporting periods, and, depending on the type of account, information about capital gains, dividends and interest. This data generated by financial institutions is then compared with the tax returns held by the tax authorities in the jurisdiction where the account holder should be paying tax. If they don’t match up, the account holder may find themselves under investigation.

The result has been the collection of massive amounts of data by financial institutions to feed to the tax authorities. ‘It has been extremely labour-intensive’, says Ed Shorrock, a director in the Channel Islands compliance and regulatory consulting practice of Duff & Phelps. ‘The principal challenge has been technology. Banks may have legacy systems in place with bits of data in different places. You may have anti-money laundering information in one place, which identifies controlling persons and beneficial owners, and that has been used as a basis for CRS platforms to identify the people they need to report on. Then there’s account information that might sit in another system.

‘There has been a fair amount of expense from technology and labour perspectives. The CRS guidance notes run to 174 pages. People have had to get to grips with alien technology. They’ve also been dealing with Fatca, which involves different processes.’

To date, CRS has produced very little in the way of investigations, not least because of difficulties in interpreting its rules, and many tax authorities lack the technology to analyse the data supplied to them. But it is early days. The first date for the early-adopter jurisdictions to receive tax information was June 2017, with another wave due a year later. This is a very tight timeframe in which to carry out the work. Moreover, in the UK for example, account holders have been given extra time to correct any anomalies in their reported tax data. This was due by 30 September last year, and in some cases this deadline was relaxed. The UK tax authorities are now turning their attention only to CRS data received from overseas.

The successes and risks

It’s a bit early to call it a success, says Gary Ashford, tax partner at London law firm Harbottle & Lewis. He calls the process, of which CRS is just a part, ‘the journey towards transparency’. The goal is for everyone – individuals, businesses, trusts – to pay their taxes where and when they should be paid.

In one respect the OECD has achieved success, says Shorrock. ‘Technically, it has achieved what it set out to do, which was to get jurisdictions to implement local legislation and to get over 100 jurisdictions, including all the major economic players. To implement such a system of automatic exchange of information, is, I think, in the OECD’s view, a success.’

There are some outstanding issues to address, though. Law firm Mishcon de Reya is among those concerned about data safety. Its website reports that a number of European data protection agencies have raised concerns about the broad nature of the new rules and their requirement for a generalised exchange of information that is automatic and independent of the existence of any actual risk of tax evasion. It sees clients living in high-risk jurisdictions as particularly vulnerable, while the nature of the information exchanged could expose millions of individuals with a bank account abroad to the risk of hacking and data theft.

Fiona Fernie, partner at accountancy firm Blick Rothenberg, adds: ‘The more data is recorded and exchanged, the more opportunities there are for it to be hacked. The numerous leaks of data in the past 10 years make it clear that use of IT has not only assisted in easy record-keeping, transmission and storage; it has also made it much easier for information to be stolen.

‘Clients who have been subjected to enquiries have experienced increased costs and stress associated with such enquiries, which can be very intrusive and expensive. In addition, most with offshore assets have seen an increased cost of compliance, as the trustees/banks and other fiduciaries have had to carry out significant additional administration in relation to CRS, Requirement to Correct – the corporate criminal offence [in the UK].’

The CRS initiative has so far called for the exchange of a vast amount of data and caused a similarly massive amount of extra work for financial institutions. There is no evidence yet that it has led to more tax being paid in the right jurisdictions and less tax evasion, but CRS is a work in progress. The future will show if this hugely complex exercise in global tax co-operation will fulfil the OECD’s grand vision of transparency and fairness.

"There is no evidence yet that it has led to more tax being paid in the right jurisdictions and less tax evasion, but CRS is a work in progress"