How can you turn conventional, static planning into truly dynamic, competitive strategy? Tony Grundy looks at some companies that have achieved this 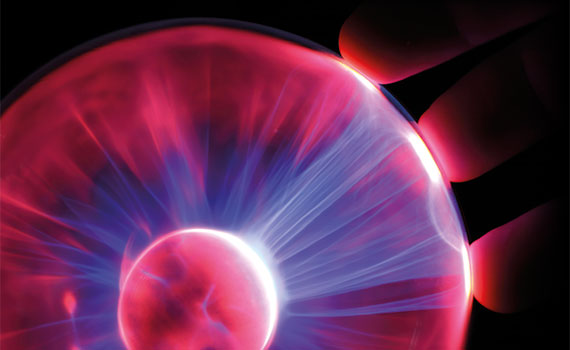 Strategic planning was born in the 1960s and 1970s when the rate of change and levels of uncertainty in competitive markets were low. At this stage the external emphasis was on macro factors, in particular ‘PEST’: political, economic, social and technological. While planning later became more sophisticated, it still tended to look at the future through the extrapolation of past trends.

With each passing decade, the external business environment has become increasingly less stable and more prone to shifts and volatility. As a result, planning processes that previously seemed workable now appear too rigid and are insufficient to guide strategic decision-making.

Also, in the early days, plans were seen as all-encompassing, comprehensive pictures of what was intended. As a result, these plans often dissipated strategic action, spreading resources and attention too widely. But the Japanese seemed to think differently, through their notion of hoshin or ‘breakthrough’ planning, in which attention was focused on a very small number of areas.

Companies practising the breakthrough philosophy often profited. For example, in the late 1990s, UK supermarket chain Tesco had successful breakthrough strategies with new store formats (out-of-town Tesco Extra, Tesco Metro on the high street and Tesco Express in inner cities), non-food lines and tesco.com. It was a very tightly targeted plan, in which the team explored the future through scenario storytelling. These strategies became the cornerstone of Tesco’s success from 2000 to 2010. These, like others elsewhere, had a strong element of external analysis and more emphasis on non-linear and dynamic change. Sometimes the aim was to go beyond just picking up obviously fast and disruptive change. Rather, it looked for ‘weak signals’ such as emerging forms of competition that, although small and not immediately threatening, might come back to bite them.

Anyone who has picked up a strategy book will tell you that on every eighth page there is typically a two-by-two or three-by-three matrix depicting variables. Such matrices enable you to position two or more areas (businesses, markets, etc) and compare these different positions. Although this is useful, what they don’t normally tell you about is movement, direction and the rate of change in a market. Nor do they say anything about how these variables might be interdependent; this type of traditional strategic planning is mainly static and not dynamic.

In order to make planning dynamic, management should draw up the variables, such as competitive edge, over time, as a curve.

One example of strategic breakthrough is the prepaid funeral. While this has been commonplace in the US for 30 years, five years ago it was embryonic in the UK. I then encouraged a large funeral company to explore it as a breakthrough opportunity – to visualise what was possible. By 2017 it had had significant success with the new model, but others in the industry soon followed it. My funeral services client now had to master a new, competitive game to stay ahead.

So, within dynamic competitive strategy you also need to embrace game theory, recognising that to win you can’t just make your own move but need to anticipate the moves of others, some of whom may not even be playing the game yet.

Dynamic competitive strategy also needs to be highly inventive and creative. But a high proportion of managers, and an even higher proportion of finance people, don’t see that as their role. To jolt senior people out of this creative slumber requires special measures. One way to go about it is to imagine that you are an alien who has just landed on Earth. Using this mindset has led to a number of strategic breakthroughs.

One example of a recent, successful breakthrough strategy is Metro Bank, which launched in the UK just after the credit crunch. It was a classic disruptor, not so much competing with new technology, but offering superior service backed by a retail mindset.

Not only does the bank have many features that contribute to its particular competitive mix, but these operate as a system, where the whole is greater than the sum of its parts. Each feature contributes to at least one other in its architecture of competitive advantage. While competitors might try to emulate one or two of these elements, the task of imitating all of them seems out of reach.

However, businesses such as Metro cannot afford to rest on their laurels. With dynamic competitive strategy, once you’ve found the secret formula, it’s not sufficient simply to defend it. The dynamic continue to be just that. When the Roman Empire became satisfied with itself, the only movement was backwards. You can never afford to fall asleep at the strategic wheel.

"You need to embrace game theory, recognising you can’t just make your own move but anticipate the moves of others"