IFRS 16 to give balance sheet transparency a boost

The imminent application of the new leases standard will promote balance sheet transparency – with major consequences for many sectors. Adam Deller explains 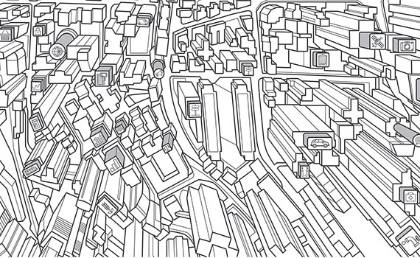 The rise of the bucket list is a relatively recent phenomenon, with people sharing lists of must-see places to visit or thrill-seeking activities like sky-diving to try during their lives. Here in the financial reporting world, though, we like to keep things a bit more prosaic.

In 2008, David Tweedie, then chairman of the International Accounting Standards Board (IASB), joked: ‘One of my great ambitions before I die is to fly in an aircraft that is on an airline’s balance sheet.’ This would have been greeted with nods of approval and perhaps the odd hearty chuckle – which is generally as animated as discussions about accounting standards ever get.

While Tweedie’s dream may not be as exhilarating as skydiving or as rewarding as running a marathon, it is much more in keeping with the outlook of the financial reporting community.

In January 2016, the IASB issued IFRS 16, Leases. This will replace IAS 17, Leases, for reporting periods beginning on or after 1 January 2019, so many companies are yet to adopt it. At the same time, the Financial Accounting Standards Board (FASB) in the US has issued a similar update to leases, in the form of ASC 842, Leases.

In this article, we will start with a recap of the major differences between the standards, before considering their potential impact across a variety of industries, and how this may differ from the changes in US GAAP.

What are the changes?

The major change, and the one this article will examine, is that under IFRS 16 there will no longer be any distinction between operating and finance leases in the financial statements of lessees.

Currently, entities account for an item as an operating lease if most of the risks and rewards have not transferred to them. In this case, they simply record a rental expense on a straight-line basis over the lease term, with no long-term asset or liability recorded. This accounting treatment will cease to exist, except in the case of low-value items, or for short-term leases (under 12 months).

This means that entities will be required to include a right-of-use asset and an equivalent liability, at the present value of lease payments.

For many entities, this will mean that a significant amount of assets and liabilities that were previously not recorded and shown only in the lease commitments disclosure note will now be included in the statement of financial position.

This will largely end the practice of significant leased property assets being ‘off balance sheet’, as they will all now be brought on. A likely result of this is that some entities will approach real estate transactions in a different way. Previously, it may have been preferable to occupy premises under an operating lease rather than take on debt to finance the assets in order to keep the level of borrowing low. This will no longer be the case, and procurement teams are likely to engage in lengthy discussions about whether new assets should be leased or bought.

There will also be a resulting change in the statement of profit or loss. Currently all rentals of operating leases are shown as an operating expense on a straight-line basis, so the same amount is expensed each year. Under the new model, there will be both depreciation and a finance cost.

This is likely to mean that operating profit increases, as the expense is effectively split between the depreciation (in an operating expense) and finance costs. However, there may be higher expenses in the earlier years of the lease through the application of the actuarial method of applying interest to the outstanding lease liability. The interest expense will be higher in the earlier years, as the outstanding lease liability balance is higher.

While the impact of ASC 842 on the statement of financial position is comparable to that proposed under IFRS 16, it is important to note that its impact on the statement of profit or loss is not. Unlike IFRS 16, ASC 842 still allows items to be recorded as either operating or finance leases, similar to the current situation, so entities could continue to record a simple annual rental expense if they choose.

This will make international comparisons of competitors difficult in industries where some large companies report under IFRS and some under US GAAP. Comparing Lufthansa to American Airlines, or Volkswagen to Ford, will require a restatement of one of the parties because of this conflicting profit-or-loss treatment of leases.

The proposed lease changes will have a significant impact on many of the key financial statement ratio calculations used in assessing the performance or position of an entity. The gearing or leverage ratios will increase, as there will be additional liabilities brought into the debt element of the calculation.

While gearing calculations will deteriorate, EBITDA (earnings before interest, tax, depreciation and amortisation) figures are likely to rise for companies applying IFRS 16. This is because operating lease rentals will no longer exist and will be replaced by depreciation and finance costs, both of which are excluded from EBITDA. As stated earlier, this will prevent EBITDA comparability between entities applying IFRS 16 and some US companies choosing to record items in profit or loss as operating leases under ASC 842.

The calculations of return on capital employed (ROCE) will reduce under both IFRS and US GAAP, as any increase in operating profit is not proportionate to the increase in capital employed. In its most recent quarterly report, BMW has questioned the future significance of ROCE as a performance indicator.

The lease standard change will not fundamentally affect the cashflow of the entity, merely how it is displayed, but it probably will affect valuations.

Leverage ratios will rise across the sector as a result. Currently, most bank-rating models don’t factor in ‘accounting changes’, so entities will probably need to discuss with their banks about redrawing some covenants under the post-IFRS 16 landscape.

Retailers will be affected in a huge way, as the retail sector’s fixed asset base is largely leased, often on longer-term, non-cancellable leases. The scale of the changes can be gauged from the UK’s largest supermarket chain, Tesco, showing £34bn liabilities on its statement of financial position but disclosing a further £11.4bn in future operating lease commitments.

Like many other entities, both Tesco and John Lewis explicitly state in their financial statements that this figure will not be an appropriate proxy for the expected impact of recognising a lease liability under IFRS 16. This will be due to the difference in discount rates used and the treatment of additional lease rentals arising from contracts that contain extend-or-buy conditions.

The airline industry – the original focus of Tweedie’s dream – will also be heavily impacted, as most airlines hold aircraft, ground facilities and terminal space under leases. The scale of the impact can be seen from American Airlines’ 31 December 2017 year-end figures: it had 421 aircraft under operating leases and US$11.7bn in future operating lease commitments, compared with the US$34bn it currently holds within property, plant and equipment.

This effect will be repeated all across the airline industry, as lease liabilities find their way onto the statement of financial position.

As in the retail sector, most larger companies acknowledge that IFRS 16 will have a sizeable impact but stop short of quantifying that impact. One exception, though, is Ford, with the car maker estimating that the standard will add approximately US$1.5bn to US$2bn in assets and liabilities to its statement of financial position.

Some entities have stated that they will apply IFRS 16 retrospectively, adjusting the prior-year financial statements; others have taken the option to apply it prospectively but adjust for the overall impact on retained earnings. In the year to come, this will make comparability more of a challenge and certainly means that users will need to carefully read and understand how the entity has applied the change.

Tweedie may no longer be IASB chairman, but he is tantalisingly close to crossing this particular item off his bucket list and achieving a long-held dream. Reports that he will don a parachute and skydive out of that aircraft are as yet unconfirmed.