Nearly 75% of OECD countries have adopted accrual accounting for year-end reports but, as a new study shows, many have a long way to go in using this to shape policy 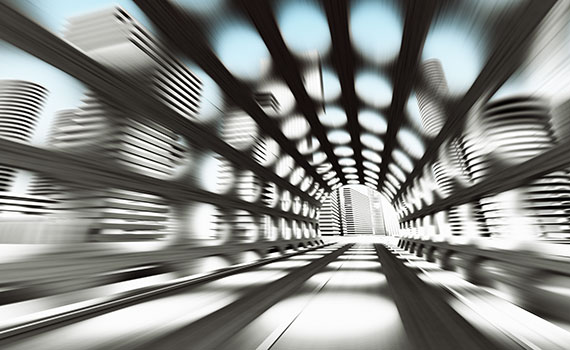 In recent years there has been a move in many countries around the world towards preparing government fiscal reports on an accrual accounting instead of a cash basis, in an effort to facilitate wider public management reform initiatives and present a fair view of public finances.

According to Accrual Practices and Reform Experiences in OECD Countries, a joint study by the International Federation of Accountants (IFAC) and the Organisation for Economic Co-operation and Development (OECD), nearly 75% of OECD countries have now adopted accrual accounting for their year-end financial reports, compared with 24% at the time of the last study in 2003. However, there remains great variation in the way governments prepare these balance sheets.

‘Government spending accounts for a very large proportion of both national and global GDP. Appropriate public sector budgeting, accounting and reporting practices are essential for better decision-making, transparency and greater accountability,’ says Fayez Choudhury, chief executive of IFAC. ‘Many countries still have a long journey ahead but fortunately many are engaged in PFM [public financial management] reform, implementing accrual-based accounting systems aligned with global standards, such as the International Public Sector Accounting Standards (IPSAS). This report looks at accounting and budgeting practices at the national government level in OECD countries, and discusses the challenges and benefits of accruals reforms. It also considers what steps countries are taking to make better use of accrual information in the future.’

Even after the move to accrual accounting, the study found that most government budgets continue to be prepared on a cash or modified cash basis, with only 15% preparing their annual budgets on an accrual basis. Among the OECD’s Asian members, Australia and New Zealand are the only countries using the accrual basis for budgeting. This suggests that governments are ‘wary of the volatility and discretion in accrual valuation when it comes to control over resources spent by ministries and departments’, according to the study.

Edward Olowo-Okere, director for financial accountability and reporting in the World Bank’s Governance Global Practice, explains: ‘Cash-based budgeting explicitly controls cash flows with an intent to limit the call on resources, often including the annual cash deficit to a predetermined level. In contrast, accrual budgeting and appropriation reflect the annual cost of government operations.’ He notes that an accrual budget linked to an accrual accounting system has ‘the advantage of producing ex-ante and ex-post reports on a similar basis, and will depict the government’s annual total operating cost. This will include costs incurred today, but payable in years to come, such as pension liabilities.’

Any resulting deficit, Olowo-Okere adds, measures the extent to which current period revenues do not cover all operating costs – including costs incurred today but not yet paid; revenues earned today but not yet received; and costs that may occur due to unforeseen events outside the control of government. These could range from natural disasters, to changes in the valuations of balance sheet items such as pension liabilities and the value of government businesses.

A recent IMF study of 230 crisis episodes in 80 advanced and emerging economies showed that fiscal risks from a government’s contingent liabilities – those that could become public debt due to events beyond its control – can place large burdens on future public budgets. The study underlined that the average fiscal cost of contingent liability realisations between 1990 and 2014 was 6% of GDP (with the maximum fiscal cost being as high as 40% for major financial sector bailouts).

As such, it is important that governments better monitor and manage such fiscal risks, and minimise the adverse implications for their future budgets that may arise from contingent liabilities, including public-private partnerships (PPPs), public pensions, sovereign guarantees, subnational debts and state-owned enterprises.

The IFAC/OECD study points to substantial differences in reporting practices among adopters of accrual accounting. Most countries using this method report a large range of assets, including land and buildings (92%), infrastructure (92%), tax receivables (85%), defence assets and inventories (79%), and derivatives (75%). However, a significant number are not reporting certain liabilities, such as debt related to PPPs and civil service pensions.

Some governments consider their employees not to have any contractual pension or social benefits entitlements, or regard these as covered in long-term fiscal sustainability reports. They prefer to highlight possible fiscal imbalances here, rather than put them on their balance sheets. Natural resources are reported by only 11% of governments, with some countries citing difficulties in establishing reliable and meaningful valuations, as well as a lack of reference accounting. In Australia, for example, natural resources are owned by the regional governments, and therefore not reported in the federal government’s financial statements.

Delphine Moretti, a senior policy analyst at the OECD’s budgeting and public expenditures division, notes that for ‘a full understanding of the financial situation of a country you really need all the operations shown on the balance sheet’. She points out that because the impact of their decision will not be shown on the balance sheet immediately, policymakers may have a tendency to favour PPPs over direct contracting for public investment, or may decide to increase pensions rather than salaries.

‘One of the benefits of moving towards accrual accounting is to show this impact immediately,’ she says.

The IFAC/OECD study also compared adopting countries’ approaches to budgeting and appropriation – which the majority of governments still conduct on a cash basis – and looked at the challenges that arose during adoption.

Only 29% of OECD countries have adopted the accrual basis for the preparation of their budgets. Importantly, the report showed accrual budgeting does not entail a systematic use of accrual appropriations, which suggests countries ‘may be wary of the volatility and discretion in accruals valuations, in particular with regards to provisions and depreciations’.

According to the study, a number of countries stated that their policymakers and the general public had limited interest in accrual financial information. Nevertheless, some governments are already moving towards making accrual information more user-friendly and useful to budgetary decision-making. For example, Austria is taking steps to make financial statements available earlier in the budget process, while the UK is trying to streamline financial reports to make them more user-friendly.

One country where accrual-based accounting is integral to the decision-making process is New Zealand, where success or failure is measured against this financial information.

The study points out that while the direct adoption of IPSAS or International Financial Reporting Standards (IFRS) by national governments remains very low, many standard-setters use IPSAS or IFRS as primary or explicit references for developing their national standards.