Complacency is putting banks at risk

Industries that get complacent are under threat. By the time they spot the disruptors, it might be too late. Tony Grundy looks at the salutary lesson of the banking sector 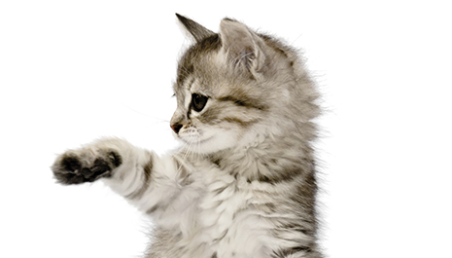 Banking is a mature industry that is becoming increasingly vulnerable in terms of competition. The continued success of new contenders and advances in fintech are threatening a market that been complacent in its mindset, making it vulnerable to new entrants to the market.

In 17 years PayPal has seen more change in its business value system and financing than some traditional companies see in 50 years. Disruptors are very agile both strategically and structurally.

Prior to PayPal and the like, payments were exclusively carried out by banks, although there were no regulatory or operational reasons preventing others doing this. As they proved, fintech companies could in fact do it more efficiently and cheaply.

Then there are the money transfers. This part of the market has seen the arrival a number of competitors, including TransferWise, WorldFirst and Moneycorp, all based in the UK. Under the banks’ system, the customer chooses a recipient and a currency, the money to be transferred is taken from his or her account, the transferring company charges for the service, and some time later, the recipient receives the payment in the chosen currency.

But TransferWise, for example, routes the payment quite differently. Instead of transferring the sender’s money directly to the recipient, it redirects it to the recipient of an equivalent transfer going in the opposite direction. Likewise, the recipient receives a payment not from the sender initiating the transfer, but from the sender of the equivalent transfer. This process avoids costly currency conversions and other fees. Commission is as low as 0.5%, and the company’s Estonian founders have moved over US$4.3bn since they started.

All of these payment innovations are highly visible, allowing other players to consider how they might have a slice of the action. Apple is a good example; with its iPhone 6 it offers contactless retail payment for low-value transactions, with automated fingerprint identification, dispensing with chip and pin.

Twenty per cent of iPhone owners in the US have used this system. While this is not a landslide, sooner or later you can imagine that someone, somewhere will find a way to remove the behavioural frictions that often delay, but don’t stop, a strategic breakthrough from coming along. It may be only a matter of time before chip and pin is completely chipped away.

Google Wallet (so far only available in the US) has also entered the market, enabling payments via email and an app. Funds need to be put into the Wallet from a linked bank account or credit card.  Meanwhile, Samsung has launched its mobile wallet, Samsung Pay, in Spain – its first European destination after its launch in Korea and the US last year.

My final example is M-Pesa. This online banking system, which exclusively uses smartphone technology, was launched in 2007 in Kenya, inspired by the realisation that people were using mobile phone airtime as a proxy for money transfer.

M-Pesa is a very simple system for depositing and withdrawing money, making payments and transfers with low charges. Some 17 million people in Kenya are signed up. So far, attempts to replicate this in markets such as South Africa and India have had mixed success. But it seems that it is only a matter of time.

Meanwhile traditional banks seem to be just watching this competitive erosion rather than counter-attacking. Charles Handy, a professor at London Business School, used the boiling frog metaphor to illustrate what happens to organisations who choose to ignore weak signals in the wider, competitive environment: if you throw a frog into boiling water it jumps out; if you put it in warm water and gradually heat the water up, it will do nothing and boil to death. By the time the banks have realised the danger, it will be too late and they are ‘cooked’. But rather than fixate on the threats, they need to see the opportunities that have been created and tailgate on a fertile market.