Blockchain could bring a new lease of life to audit

Far from dealing a mortal blow to the audit profession, blockchain technology seems likely to generate a range of exciting new roles in the assurance sphere 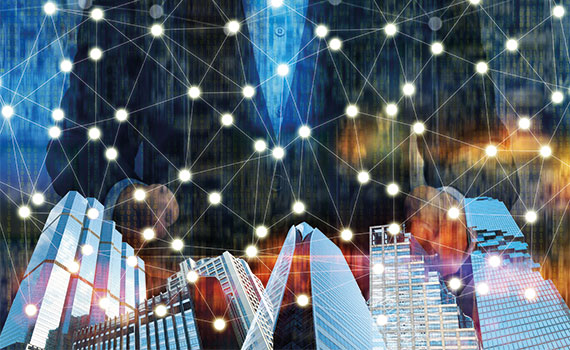 Could the audit profession have been given a stay of execution? Blockchain, or distributed ledger technology, has been touted as its executioner – after all, if all transactions are recorded in an immutable chain of digital blocks, with no apparent way of being altered after the fact, it creates a perfect audit trail, so dispensing with audit and auditors.

Not so fast. Auditors are starting to seek to stake a claim in this new technology so they can use it to their advantage – and that of their clients. They point out that as long as a human element is involved (with the attendant risk of mistakes and fraud), a third party is needed to provide assurance over the validity of transactions.

Simon Padgett FCCA, a Vancouver-based cryptocurrency and blockchain forensic accountant, doubts that blockchain will kill off the auditor. ‘I don’t think so,’ he says. ‘Blockchain has the capability to eradicate audit, but there is always scope for error and fraud. The uncertainty of human interference before, during and after a transaction means that you will always need an external audit.’

That is not to deny that blockchain will radically alter auditors’ operating environment. As Padgett explains, the technology offers enhanced transparency and accessibility to financial and non-financial information that could profoundly affect record-keeping, reporting, assurance and governance.

‘In a blockchain future, auditors and forensic experts could be given a set of blockchain digital access “keys”, providing access to detailed, timestamped information covering all transactions,’ he says. ‘Such access could have significant impact on the auditors’ approach to their work. Organisations that use the blockchain will likely incorporate continuous internal audits in their processes, supply an audit trail, and provide account analysis at the push of a button.’

While companies and auditors move to embed blockchain applications and platforms into the accounting and finance environment, it is critical that these systems do not become seen as ‘black boxes’ that offer – ironically – limited transparency and audit trails.

Katie Canell, audit innovation director at Deloitte, says: ‘The validation of the system of governance and controls, the security and integrity of data within the system, and the need to understand whether the platform or application is operating as intended over a period of time are all critical aspects of being able to rely on the outputs.’

The need for trust

The creation of trust will be key to the success and widespread adoption of blockchain for accounting and auditing purposes. As Padgett explains, the internet has done a great job of data transfer. On the whole, the process was trusted until banks began to crash in 2008–09 and questions were raised about the transfer of value – in particular, currency value. It is no coincidence that 2009 was when bitcoin appeared. ‘There was mistrust in the financial system, so there was a need for a new financial channel, a trusted way of moving value, not just data,’ he says.

And this is where an auditor can still be involved. Canell says: ‘Distributed ledgers are founded on the basis that they promote trust and resilience without the need for a central, trusted party controlling the process. However, in reality, while an entry on the blockchain can be trusted as an official record that a transaction occurred, it does not necessarily provide evidence relating to the nature of the transaction, why it has occurred, or if all transactions have been recorded.’

EY has recently announced the launch of its Blockchain Analyzer tool to help audit teams assemble an organisation’s entire transaction data from multiple blockchain ledgers. Its auditors can then interrogate the data, analyse transactions, perform reconciliations and identify outliers. It is also designed to support testing of multiple cryptocurrencies managed or traded by exchanges and asset managers.

PwC has also launched blockchain validation software, which combines a risk and control framework with continuous auditing software. As powerful machines test for anomalies in real time, with every transaction tested, longer-term patterns not evident to the human eye will be spotted. Mid-tier firms are getting in on the action too, with BDO teaming up with Microsoft to develop blockchain technology.

Challenges include the power hunger of blockchain hardware, the risk of hacking and money laundering, unidentified errors, integration with legacy systems, and obsolescence. Canell believes regulation will also need to be rethought: ‘There is a fine balance between regulations adapting and opening up opportunities for evolving technology, and technology driving the need for change.’

The ups and downs

Organisations could retain their double-entry accounting systems while parties to a transaction could record their respective entries in a shared blockchain ledger, allowing transaction integrity to be confirmed in the shared ledger.

Opportunities will be created for blockchain governance and forensics.

Blockchain environments have unique architectures and lack standardisation, so each client must design a custom control environment based on their use case.

There is a lack of knowledge and blockchain expertise within organisations to design control environments.

Blockchain is a real-time technology without the historic ledgers that allow audit.