How to negotiate with success

Successful negotiators don’t crack under pressure and know how to stay in control of the process. Harry Mills offers expert advice on making and obtaining concessions 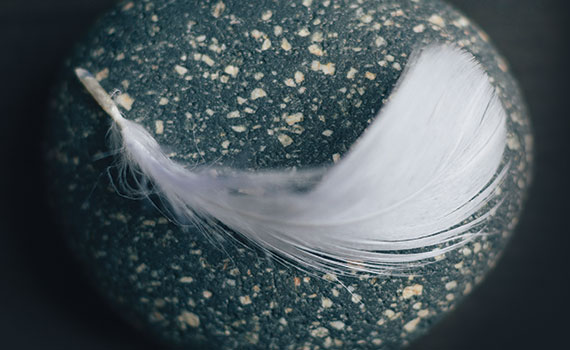 Exchanging concessions sits at the heart of the negotiation process. Given the trade negotiations currently taking place around the world between various nations and blocs, it seems a good time to look at some of the negotiating strategies and tactics that businesses might adopt to maximise their gains.

Before even making a concession, ask yourself what the value of the concession is to the other party, what it will cost you and what you will need in return. Then get all of the other party’s demands on the table and make it clear that any concession on any one item is conditional on agreement being reached on the other outstanding issues.

Don’t fall into the trap of negotiating piecemeal – that is, dealing with one issue at a time. It often seems common sense to deal with issues in this way, but negotiators who do can end up being chopped up like a salami. Typically, you make concessions in the early stages then find you don’t have enough left to trade for the more extreme demands that come later. Treat all issues as part of a single package. So link a concession in issue A to a small concession on issue B and possibly major concessions on issues C and D.

Have room to move

Whenever you make an offer, give yourself plenty of room to negotiate. If you’re selling, start high. If you’re buying, start low. Opening positions, however, should always be realistic and credible. If you can’t justify your demand, don’t make it. Ridiculous demands simply generate hostility.

It’s also important to control your concession rate. Winning negotiators control their concession rate much better than losers. Successful negotiators make smaller concessions, are less generous and less predictable. And they don’t crack under deadline pressure. Losers have less control. While many give away little in the first half of a negotiation, most cave in later with a series of large concessions.

Different concession rates send different messages. In the box are four patterns of sellers cutting their prices over four separate negotiation sessions. Negotiation 1’s pattern (0-0-0-800) reveals the seller has held firm until the end and then made a major concession. This pattern will encourage strong buyers to hold out for more.

Negotiation 2’s pattern (200-200-200-200) is remarkable for its consistency, but will achieve little except to encourage the buyer to hold out for a further concession.

Negotiation 3’s pattern (95-190-250-265) would normally be disastrous. It simply encourages the buyer to raise their expectations at each stage.

Negotiation 4’s pattern (395-265-120-20) indicates a willingness to negotiate but clearly signals that the seller has reached their limit.

Don’t give large concessions; make a series of small ones. Small concessions signal firmness. If you give away a large concession, you are acknowledging that your previous position wasn’t credible. Large concessions often raise the expectations of the other side. Be patient, and concede slowly. Negotiators who move too fast easily lose control. Quick negotiations are characterised by rapid concession-making, which is invariably disastrous for one side or the other.

Conserve your concessions. Don’t give them away too early. Be prepared to make the other party wait. They’ll appreciate them more. Since you often need a concession or two to close a deal, you should always hold some in reserve until the last stages.

Demand reciprocation. Never give away a concession without getting a concession in return. Don’t give away anything for nothing. Everything should be conceded in exchange for something else.

Make all concessions conditional. To protect yourself from giving away free concessions, preface all your offers with a condition. Use the if/then formula:

You should also be able to justify all concessions. For example, ‘We’ve been looking at our component’s costings, and we can lower our price by $4,350 now that we’ve been able to source it from a new Korean-based supplier.’

Tit-for-tat concessions are unwise. Don’t fall into the trap of matching the other side’s concessions. If they have conceded $800, try offering $600. If they protest, then reply, ‘I’m sorry, but that’s all we can afford.’ Likewise, don’t give up a concession simply because it’s your turn. If they’re prepared to keep conceding without a reciprocal concession from you, let them – they may have more room to concede than you have.

You need to be wary of split-the-difference offers. I know a buyer who commonly makes a low opening offer, raises it a little, then offers to ‘split the difference’. It’s remarkable how often the other party falls for it. On the surface it seems so reasonable, but when you analyse the split it always seems to favour the proposer.

Before you agree to any such offer, calculate where the split will occur and where this fits into your settlement range. If you turn such an offer down, grab the initiative back by countering with your own proposal: ‘I’m sorry I can’t afford to split the difference but this is what we can do.’

Track all concessions. As you keep track of all the offers and concessions, patterns should emerge that give insights into your opponent’s priorities. If, for example, a buyer has conceded twice on price and has agreed to pay for after-hours service but refuses to budge on the advance payment, the advance payment is the top priority. You can then question the reasons for this priority. Perhaps they have cash flow problems.

Similarly, if you want others to understand your priorities, send signals that reinforce priorities. If quality is of paramount importance, make sure your words, body language and offers conform to that priority.

Finally, never forget the key to successful bargaining is to trade what is cheap for you for what is valuable to the other side.

"It may seem common sense to deal with one issue at a time, but negotiators who do can end up being chopped up  like a salami"