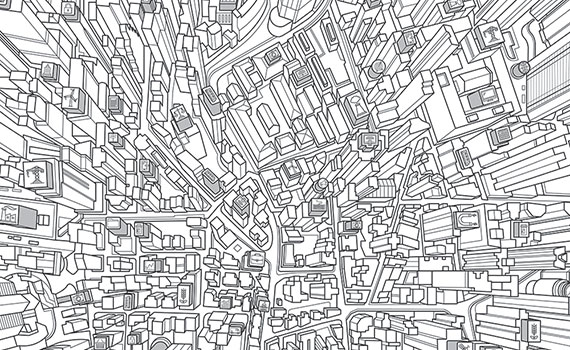 This column has previously looked at the issues surrounding goodwill impairment, following the progress of the International Accounting Standards Board (IASB) as it tries to solve a seemingly impossible puzzle. This has rumbled on for many years, and no matter which way the IASB twists the Rubik’s cube, it seems no closer to being solved.

Amortisation of goodwill was removed in 2004, as the IASB recognised that it is generally not possible to predict the useful life of goodwill and the pattern in which it diminishes. It therefore felt that any amortisation was, at best, an arbitrary estimate that does not produce useful information.

The IASB felt that the impairment test would provide more useful information if applied rigorously. In doing so, an entity would consider goodwill within the cash-generating units expected to benefit from the acquisition. The impairment test considers whether the carrying amount of these units, including the goodwill, exceeds their recoverable amount.

The IASB is aware of feedback that entities delay recognition of impairments in goodwill, sometimes long after the events that caused the losses. This has led to some stakeholders believing that the current impairment test is not working correctly and results in the impairment being recognised as too little, too late.

Following research, the discussion paper suggests that there are two broad reasons for concerns about the delay in recognising impairment losses.

The first of these is management optimism, where management may be over-optimistic in the estimates made as part of the impairment test.

The second relates to a shielding effect, where a cash-generating unit typically contains some headroom that shields goodwill from impairment losses.

In relation to the issue of management optimism, the IASB acknowledges that there is a problem here. This is supported by academic research, which suggests that management use discretion to recognise impairment in a way that is favourable to themselves. While they recognise the issue, it is their belief that this is best dealt with through auditors and regulators, rather than through changing IFRS Standards.

The shielding issue is one which the IASB has tried to address through improving the goodwill impairment calculation, which is the first of the alternatives that has been examined in how to develop the accounting for goodwill impairment:

Initially, the IASB focused its attention on ways to improve the impairment calculation. The major effort towards this was to design a new test, known as the pre-acquisition headroom approach, which I looked at in the February 2017 edition of AB. This involved a pretty complex set of calculations, with the stated aim of recognising impairment earlier. The feedback on this was overwhelmingly negative.

The work on this has therefore been ceased, with the IASB’s preliminary conclusion being that it is not feasible to design a different impairment test that is a vast improvement at a reasonable cost. The discussion paper does invite suggestions for improved tests, but this seems unlikely based on the feedback to the initial proposals, meaning that any changes to the impairment calculation are unlikely.

Reintroduce the amortisation of goodwill

This is the suggestion that will not go away and that the IASB has consistently hoped to avoid. Proponents of reintroducing amortisation argue that this will prevent goodwill from being overstated and reduce the cost of the impairment test. They IASB believes that it would not remove the need for an impairment test and that such a test would particularly remain useful in the earlier years of an acquisition.

The reintroduction of amortisation would result in the eventual removal of goodwill from the balance sheet, but supporters believe this would not result in a loss of useful information due to the time that will have elapsed since the acquisition took place. The proposal to have annual amortisation would go alongside an impairment test if indications arose, rather than replacing it.

On the opposite side of the arguments, some claim that amortisation would simply be added back to calculations of profit by investors, as they would regard it as an arbitrary measure that adds nothing to the understanding of the entity’s performance. As goodwill would be reduced in carrying amount annually, it may make impairment less likely and therefore possible impairment is not recorded. The result of reintroducing amortisation could provide its own shielding effect by mislabelling some or all impairment as consumption of goodwill.

Currently the IASB is split on this approach. Some board members believe that the impairment test is not robust enough and that the increasing amounts of goodwill globally highlight a problem. A narrow majority (eight out of 14 board members) prefer an impairment-only approach. Their reasoning is that there is no compelling evidence that amortisation would improve financial reporting. They believe that having an annual arbitrary amortisation calculation is not the solution to people not applying the impairment test rigorously enough.

Having reached the tentative conclusion that there is no cost-effective way of improving the impairment calculation for goodwill, the IASB has investigated whether there is a way to simplify the test without making it less robust.

Currently, an entity is required to test cash-generating units containing goodwill for impairment each year, even if there is no evidence of impairment. This rule also applies to intangible assets with an indefinite life and those not yet ready for use, but no other assets. All other assets follow the rules within IAS 36, Impairment of Assets, where a company only performs an impairment test if indications of impairment exist.

In reviewing this, the IASB looked at Step Zero, the optional qualitative test introduced into US GAAP in 2011. Under Step Zero, an entity assesses whether it would be more likely than not that the fair value of a reporting unit is lower than its carrying amount. If so, then the entity looks for indicators of impairment. There has been an increase in entities using Step Zero and many of the respondents to the IASB agreed that this process does indeed reduce costs. Others, however believe that the process is still a costly exercise in itself, so the cost savings are negligible.

Again, board members were split on this approach, with eight out of 14 in favour of removing the need for an annual impairment review. There is an acknowledgement that this may make the impairment test marginally less robust but this is offset by the lack of justification for costly impairment reviews when there are no indicators of impairment.

As a result, goodwill impairment is in a state of flux. Very few people believe that there isn’t a problem and most feel that there is a lack of objective, rigorous application. Currently, the IASB hopes that by reducing the need for an annual impairment review, it will focus the attention of preparers when events happen.

The attempts to produce a more accurate impairment calculation have been unpopular and unwieldy, suggesting that the IASB went too far in its attempts to solve the problem, and this approach appears to be closed down.

The issues surrounding amortisation and the need for an annual review remain much more closely contested, and feedback is being strongly invited from preparers, users and auditors. Comments are open until the end of December 2020, and it is certain that the IASB will receive a lot of responses in relation to these proposals.

So the IASB has twisted the Rubik’s cube again in relation to goodwill, but things aren’t really coming any closer to a solution. It is difficult to see how this will be the end of the discussion, as the recommendations seem to do little to assuage the fears that goodwill impairment is not being recognised appropriately. For now, it appears that ‘too little, too late’ will continue to be a common fear.