The big debate on pension disclosures

The IASB consultation on pensions disclosure requirements has revealed consensus but also plenty of contention over what should change, says Adam Deller 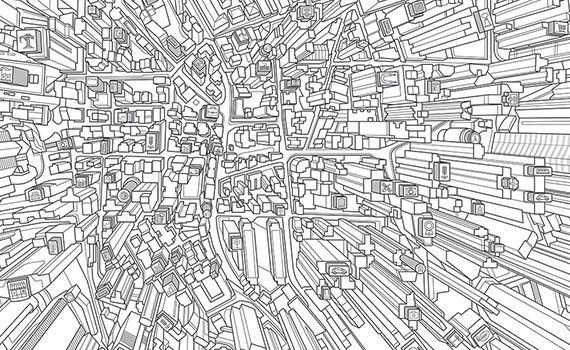 As part of the solution, the IASB is drawing up guidance for developing and drafting future disclosure requirements. Part of the process involves trying out ideas for guidance with two existing IFRS Standards.

One of the standards selected for testing the guidance is IAS 19, Employee Benefits. The approach has been to undertake extensive research to set some primary objectives for IAS 19 disclosures in the eyes of users and preparers of reports. The board asked participants to suggest items of information to satisfy those objectives.

The research took place over six months and involved meetings with users from a variety of industries and geographical locations. The approach taken, along with the feedback received, was presented to the Global Preparers Forum (GPF), an IASB advisory body that includes preparers of financial instruments from a variety of sectors across the world. It has also been presented to the Accounting Standards Advisory Forum (ASAF), which provides guidance and feedback to help the board in the standard-setting process.

So let’s look at the key elements of IAS 19 and the issues that have arisen from the consultations.

Two types of pension plan are covered in IAS 19: defined contribution (DC) and defined benefit (DB). Under a DC plan, the entity contributes a set amount into a pension plan; this is then invested, and the employees receive a variable return, based on the performance of the assets within the plan. The entity is liable only for the employer’s contribution, as set out in the contracts of the employees, with the annual contribution expensed in the statement of profit or loss.

Under a DB plan, the employees receive a set or determinable payment, regardless of pension plan asset performance. This is a much more complex scheme to account for, as an actuary must calculate an estimate of the pension obligation. Any difference between the obligation and the estimated fair value of the plan assets indicates that the pension fund is either in deficit or surplus. If the scheme is in deficit, the entity must record the liability on its statement of financial position, highlighting its obligation to make up the deficit. If the plan is in surplus, this is shown as an asset in the statement of financial position.

In the IAS 19 consultation, almost all the users of financial reports focused on DB plans, believing that information in DC plans is sufficient. This is because most users see the latter as relatively harmless, requiring no more information than the expenses recognised and the contributions paid in.

As a result, they suggested a relatively large number of items that could be introduced or expanded in relation to DB plans to meet their objectives. Some ASAF members felt the feedback read like a user ‘wish list’ – a list of items that would be nice to have rather than essential. Their feeling is that any changes to IAS 19 disclosures should focus on the crucial rather than the nice to have. The rest of this article will highlight the areas that were identified as the most significant or that provoked the most discussion.

The predominant feedback on IAS 19 was that today’s disclosure objectives are often ineffective in meeting user objectives. A common response was that users would prefer to see better information about the expected cashflow effects of a pension plan.

The major and most widely accepted concern involved a lack of disclosures around the cashflow information. A key finding was that many users would like to see the actual cashflows related to the plan in the period, which is not currently required.

Almost all users said that an entity’s agreed schedule of payments should be the basis of the disclosure. Some said it would be useful to differentiate between ‘normal’ contributions representing payroll deductions and ‘extraordinary’ ones, such as deficit repairs. GPF members believed it would not be difficult for preparers to separate this information in such a manner.

There was general consensus that more could and should be done to improve the clarity of cashflows so that users can establish the cash payments made in the current period and the projected payments to be made. There were some concerns raised about just how far into the future to look for the future payments, but it was felt that greater clarity on cashflow information was crucial to users.

In contrast to the relative consensus over the need to improve cashflow disclosures, there was significant contention over expanding the discussions around sensitivity analysis. Almost all users said they would like to see a wider range of possible assumptions in the analysis, as well as an analysis that shows the effect of changing multiple assumptions simultaneously.

This has raised significant concerns in both forums contacted by the IASB. Running this level of analysis would require specialists with expertise in particular entities or industries and could result in many different tests being run. There are so many actuarial assumptions made in the calculations of pension figures that meaningful sensitivity analysis would involve many moving parts and provide a vast range of projections. It was commonly felt that this might not be helpful and that the costs of preparation and audit would be vastly increased.

A further discrepancy between the thoughts of some users and the feelings of the board’s advisory forums revolved around the different valuations of pension plans that exist. The IAS 19 valuation represents the value attached to the actuarially determined cost of the benefit earned by participants. In addition to that, there is a funding valuation method (also known as the triennial valuation) and a buyout valuation method. Currently, only the IAS 19 valuation must be shown, and no discussion or reconciliation with other valuations is required.

Users noted that it would be helpful to reconcile the different valuations, but the discussion around the provision of different valuations proved controversial. It was acknowledged that there could be value in experts comparing them, but it was felt it would be far too confusing for general investors. One of the most common criticisms of the IAS 19 disclosures surrounds how complex they are – introducing multiple valuation models would only exacerbate the problem.

It is this final, simple point that probably most touches on the disclosure requirements of the average, well-informed investor. It is reasonable to assume that most investors are not looking for overly complex, technical information. It is far more likely that they will be looking at what the deficit is, what cash is likely to be spent, and whether there is a potential hole in the funding that leaves the entity exposed.

Some respondents raised concerns that there was a real risk that an attempt to demystify some of the disclosures around IAS 19 would only lead to increased clutter and complexity as more detailed information was provided for users.

As a result of the feedback, the IASB hopes eventually to produce an exposure draft to update disclosure guidance, in addition to specific changes to the IAS 19 disclosures.

It is clear that in tackling the disclosures within IAS 19, the IASB has dived into one of the most difficult standards. Finding a balance between removing irrelevant information and including sufficient detail to be useful is an incredibly tough task in such a complex standard. To produce a set of disclosures that is both useful and clear to the well-informed, non-actuarial investor is a high challenge indeed.

While the IASB could have selected a simpler standard to test out the approach for tackling the disclosure problem, it is not unreasonable to think that if they can tackle IAS 19 successfully, then all future standards will feel simple in comparison.