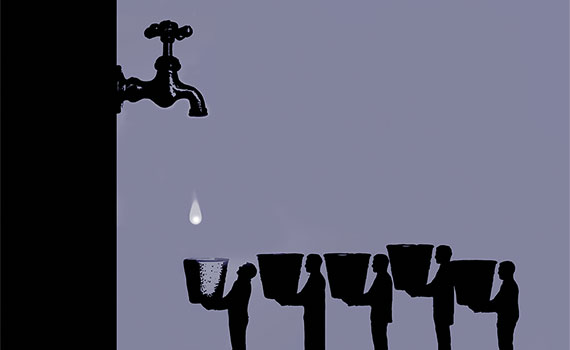 Tucked away in last year’s Autumn Budget was a Protecting your taxes in insolvency paper. This two-page document confirms how HMRC aims to reclaim its position at the front of the creditor queue when a business enters insolvency. It is a move that will recover £185m a year for the taxman.

From 6 April 2020, the government will change the rules so that when a business enters insolvency ‘more of the taxes paid in good faith by its employees and customers but held in trust by the business go to fund public services as intended’. Without this preferential treatment, often referred to as ‘Crown preference’, taxes such as PAYE, national insurance and VAT go instead to pay the business’s other creditors, such as banks with unsecured loans and trade creditors.

The change will put HMRC third in line of priority claimants for the business’s assets – behind secured creditors (such as banks that hold title over fixed assets) and insolvency practitioners. The taxman will then be entitled to make a claim, although only after other preferential creditors such as the Redundancy Payments Service and Financial Services Compensation Scheme have been satisfied.

The move will, however, put HMRC ahead of holders of secured floating debt, unsecured creditors and, of course, shareholders, who remain at the bottom of the pile. It will also overturn nearly two decades of practice – the 2002 Enterprise Act abolished Crown preference in a bid to make insolvency procedures more efficient and provide a greater return for unsecured creditors, which were often small businesses that could ill afford such losses.

‘The announcement that HMRC is to partially regain its preferred creditor status in business insolvency could potentially be a retrograde and damaging step to UK plc if not thought through carefully,’ says Emma Lovell, chief executive of insolvency and restructuring trade body R3. It will, she argues, amount to a tax on creditors – including small businesses, pension funds, suppliers and lenders – and overturns a regime that has been encouraging business rescue since 2002. It may also make borrowing for small businesses harder to come by.

‘R3’s members report that HMRC could do more to engage actively in insolvency procedures, and at an earlier stage,’ Lovell says, adding that the department could make fuller use of its wide-ranging toolkit to tackle abuse and evasion instead of forcing its way up the creditor queue.

HMRC sees itself as an involuntary creditor because it cannot choose the businesses it engages with. However, it could be argued that all suppliers to businesses are likewise involuntary creditors and have to take commercial risks. Lovell says that putting the taxman ahead of other creditors will hugely increase the risks taken by small enterprises trying to do business.

The timing of the move is perhaps significant. A combination of rising insolvencies and growing concerns that some businesses are avoiding their tax liabilities could add weight to the argument that HMRC – and therefore ultimately the taxpayer – should be ahead of other creditors.

Law firm Watson Farley & Williams highlights the attractions of the taxman’s move in the current national climate. It says: ‘The policy seems to be that, where tax has been collected from taxpayers (eg employees, customers and suppliers) by a business on behalf of HMRC, the collections should be passed from the business to HMRC and not used, say, to prop up the working capital requirements of a struggling business. After all, why should the public coffers be used to help a business trade out of a precarious economic position?’

However, some taxes have long been collected by businesses on behalf of HMRC, and that feature of the tax system would presumably have been taken into account for the 2002 legislation that abolished Crown preference. But it is perhaps today’s political and economic environment that is forcing through this change, even if the taxman stands to benefit by only £185m a year.

HMRC urged to call off its loan charge dogs

The return of Crown preference is not the only insolvency issue of note – there are claims that HMRC’s loan charges regime could force more businesses to the wall. Accusing HMRC of ‘aggressive’ compliance efforts, a House of Lords report was damning in its verdict on the 2019 loan charge, HMRC’s method of retrospectively collecting taxes that taxpayers – mostly self-employed – allegedly avoided through disguised remuneration, including contractor loan schemes.

HMRC aims to collect taxes from anyone who used a disguised remuneration scheme from 6 April 1999. Where an individual received their income through a loan scheme that falls within the scope of this legislation, the loan will be treated as income and taxed as such from 5 April 2019. HMRC requires that all the tax due is paid by 31 January 2020.

Andy Chamberlain, deputy director of policy at freelancer organisation IPSE, says: ‘HMRC’s aggressive approach to the 2019 loan charge has caused financial ruin and serious emotional distress for tens of thousands of taxpayers and their families.’

A central criticism of the House of Lords’ economic affairs committee report The Powers of HMRC: Treating Taxpayers Fairly is that HMRC has been too aggressive in the pursuit of those who used such schemes. The report calls for HMRC to refocus its compliance efforts on those who promoted and profited from their use.

The report also calls on HMRC to urgently review all loan charge cases where the only remaining consideration is the individual’s ability to pay. Such action should take place well in advance of the loan charge coming into effect in April 2019.