In the current buoyant jobs market, practices looking to recruit staff need to make sure they stick to the rules on equality of opportunity, as Alan Hickey explains 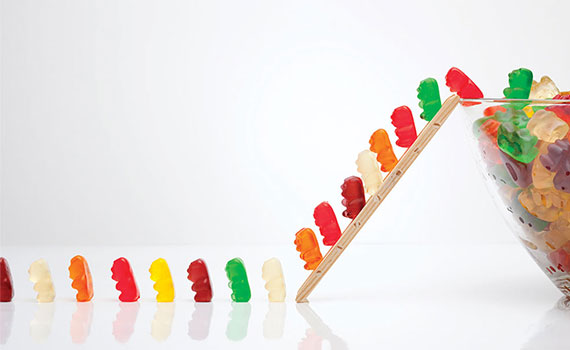 In 2001, Ryanair was ordered to pay £8,000 in compensation by the Equality Authority (as it was then) after the airline posted a job advertisement seeking a ‘young and dynamic’ professional. The judgment was the first handed down by the Equality Authority under the Employment Equality Act, 1998, and was also notable in that it led The Irish Times to issue a memorandum to all advertising staff warning that job ads must not contain the words ‘young’ or ‘old’.

The decision established a strong precedent and served as a warning to employers that their obligations under employment equality legislation would be strictly monitored.

Given that employers have grown more aware of their obligations under this legislation since the days of the seminal Ryanair decision, it is astounding to read reports that there are still examples of poor practice, such as the post advertised on the indeed.com recruitment site which specified that ‘persons with young children need not apply’. It is increasingly rare for such a discriminatory job requirement to be published given that recruitment agencies and advertisers may also face consequences for breaching employment equality legislation.

As a rule, an advertisement for a position should give a fair and accurate description of the role being offered. It is important for accountants to remember that their core competence is accountancy and not advertising. When placing a job advert, the assistance of recruitment agencies and advertisers should be sought to ensure no discriminatory content is included in your job description.

The following information will be within the boundaries set by the EEA:

The principal aim of the EEA is to outlaw discrimination on the basis of the following nine grounds: gender, sexual orientation, disability, civil status, religious belief, race (to include colour, nationality, ethnic or national origins), family status, age and membership of the traveller community.

Job advertisements must be carefully worded to avoid the implication that a discriminatory recruitment decision will be made based on any of the nine grounds. Advertisements that exclude potential applicants will attract scrutiny both from any disappointed applicants and Ireland’s independent equality body, the Irish Human Rights and Equality Commission.

A poorly drafted job advertisement may exclude applicants of a certain gender, age or applicants suffering from a disability. It will be no defence for the employer to state that it did not intend to exclude any applicant or group.

Many larger accountancy firms now operate a sophisticated multi-stage recruitment process. While this helps identify the strongest candidate, it also increases the risk of including discriminatory language in job adverts or application forms. Research indicates that gender and age are the two biggest grounds of discrimination complaints reported by accountancy professionals. Job specifications should, therefore, avoid requiring candidates to have ‘X years of experience’. Likewise, person specifications should avoid seeking either ‘mature’ or ‘dynamic’ candidates which indicate that the age of the applicant will determine suitability for the role. Job specifications suggesting that female candidates will need to be able to command a predominantly male office or client base are similarly prohibited under the EEA.

Smaller accountancy firms should follow the same advice to ensure they remain compliant with employment equality legislation. They should avoid corporate jargon and try to remain faithful to the personality of their organisation when drafting job adverts. Using the traditional ‘company, role, candidate’ format and following the advice set out above will help smaller accountancy practices avoid using discriminatory content in their job adverts while also allowing the adverts to reflect the culture of their organisation.

Employers who fail to comply with their obligations under the EEA risk suffering significant financial penalties as well as reputational damage. In terms of financial compensation, if a job applicant is unsuccessful with an application for discriminatory reasons, the employer may be liable to make a payment of compensation of up to €13,000. Taking the time to carefully draft job advertisements that focus on the skills required to do the job will significantly reduce the risk of publishing a discriminatory job posting.

Alan Hickey is associate director of advisory at Peninsula.

"It is astounding that there are still examples of poor practice, such as the advert that said ‘persons with young children need not apply’"