Time for a communication rethink

How we consume data has changed so much over the years that we need to rethink how we communicate important messages. The answer is 'sauce', says Harry Mills 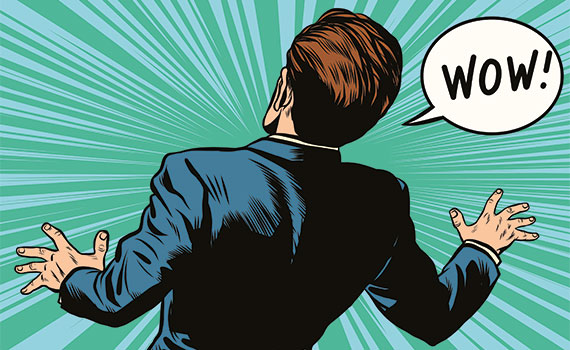 Our messages need reinvention. Messaging that worked in the past won’t work today. Two decades of destabilising and accelerating change have profoundly changed the psychology of how, when and why we respond to persuasive messages.

In her book Decoding the New Consumer Mind, Kit Yarrow says that the pervasiveness of digital technology has transformed our lives. She says that, in the new digital world:

In iBrain: Surviving the Technological Alteration of the Modern Mind, Gary Small describes the new mental state we live in as ‘continuous partial attention’. For a message, proposal or presentation to pack a persuasive punch it has to pass the 'sauce test'. Messages with persuasive punch are:

Let’s take each in turn. Simple: success in messaging starts with determining the central truth of the one idea you most want to get across. Ideas that pack a persuasive punch work much like proverbs. Proverbs, write Chip and Dan Heath, authors of Made to Stick, represent the ideal of what is possible when you strip an idea down to a central truth ‘that is both simple and profound’. The proverb ‘A bird in the hand is worth two in the bush’, for example, has endured for centuries. The core idea warns us not to gamble a sure thing on something that’s highly risky.

For a central truth to stick and gain traction it must be distinctive and memorable; we remember words that jolt and sparkle. And it must ring true; words that exaggerate, over-promise or sound like typical corporate-speak do not attract but repel. Customers switch off when companies use ‘fifty-cent words to make a five-cent point’.

Bogusky, who today is referred to as the Elvis of advertising, wanted to show that the difference between sales and marketing was the persuasive message and to show that the agency that wrote the ad knew how to create messages that were compelling and appealing.

Next, ‘unexpected’. Customers’ ‘attention hotspots’ have adapted to our message-saturated environments by developing mental radars and machine guns to detect and shoot down unwanted messages. To get under the radar, advertisers have responded by doing the unexpected. In one ingenious campaign, Folgers Coffee turned manhole covers in New York City into giant mugs of hot coffee. Painted images were fitted over the covers and holes placed in them that emitted steam. When pedestrians walked past in the morning they were greeted by the illusion that there were enormous cups of coffee embedded below street level.

We ignore the expected; once our brains get used to seeing something familiar, we no longer give it attention. Surprise cuts through. We remember surprising occurrences. Our brains crave novelty. Shoppers are attracted by stores that constantly update, rotate and refresh their stock displays.

A question of credibility

As for ‘credible’, we live in a world where distrust of products and companies is endemic. So it is critical for your message to be believable. If customers distrust your company or message, then they discount everything you say. If you exaggerate or claim that you’re the leader or finest in quality when a customer has a different view, you have a credibility problem.

Take Avis rental cars. For years Avis promoted its high quality but claims in US ads of the ‘finest in rent-a-cars’ simply didn’t ring true when Hertz was already the market leader. Then Avis admitted it was the number two. So its advertisement declared, ‘Avis is No. 2. We try harder’. Its claims were now credible. Avis, which had lost money for 13 straight years, suddenly began to make money.

‘Candour is very disarming’, say Al Ries and Jack Trout, authors of Positioning: The Battle for Your Mind. ‘Every negative statement you make about yourself is instantly accepted as a truth. Positive statements, on the other hand, are looked at as dubious at best. Especially in an advertisement.’

We pay attention to and act on messages we trust. Neilsen’s 2013 survey of global trust in advertising and brand messages reports that ‘believability is key in advertising effectiveness’ and ‘trust and action often go hand in hand’.

Finally, ‘emotional’. Whether you want someone to buy an ocean liner or a brand of tissues, you need to appeal to their emotions. According to Canadian neurologist Donald Calne, ‘The essential difference between emotion and reason is that emotion leads to action, while reason leads to conclusions.’

Emotional messages have a highly affective warmth. We describe friendly people as warm and unfriendly people as cold. Warm and cold are primal sensations that we first experience in the womb and over time begin to associate with emotional states. To measure the impact of its marketing campaigns, marketing consultancy Conquest asks consumers to use online avatars. Instead of asking consumers what they think of brand X, participants are instructed to move their avatar to show how they feel about it. The closer they move the avatar, the ‘warmer’ their feelings for the brand. According to Conquest, the affective warmth generated by an ad is predictive of its success.

Most persuasive messages fail the ‘sauce’ test. If you judge the success of a message, presentation or proposal by its ability to generate a persuasive punch, only a small percentage succeed. Over 80% of the messages we have analysed for large companies fail the test. Those that fail often get the same two things wrong: unconvincing messages are rarely simple; the core message hardly ever boils down to one central truth. And unconvincing messages rarely tug the heart strings.

In practice, message makers find it extremely hard to identify which emotions to pull if the message lacks a central truth. Multiple competing truths cause confusion and lead to message failure.

Harry Mills is the author of Secret sauce: how to pack your messages with persuasive punch and the expert on persuasion for the Harvard ManageMentor programme