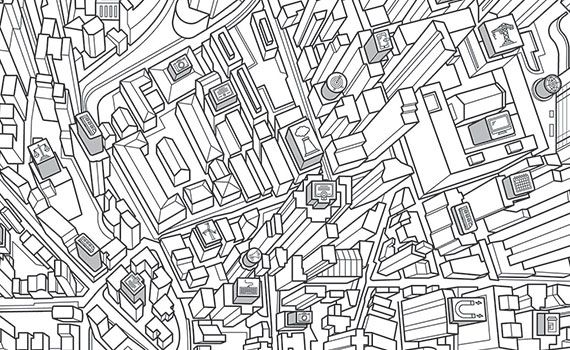 Every month I write this column from Liverpool, in the UK. Two things have dominated the city’s cultural landscape over recent years. First, it is the birthplace of the Beatles – sadly, this has little relevance to the world of financial reporting, although getting any new legislation over the line often involves a ‘long and winding road’. So it is the second of these that we will focus on: the city’s obsession with football.

The managers of Liverpool Football Club can become so well known that their comments make the news. One of the most recent managers, Brendan Rodgers, declared that managing the club was like ‘building an aircraft while flying it’. That is often the case with financial reporting. A day in the life of a standards-setter involves constantly responding to an ever-changing corporate landscape.

That is the current status of a great many developments within the International Accounting Standards Board (IASB). The board has introduced new standards in revenue, financial instruments, insurance contracts and leases. But before embarking on the next part of the journey, the IASB is looking to slow down a little so that it can deal with any maintenance needs.

As this column has mentioned over and over, the central theme for the IASB is ‘better communication in financial reporting’. The direction of the major consultations in 2020 highlight this thread. At the recent Meet the Experts conference in London, IASB board member Nick Anderson said: ‘The common theme is about maintaining and strengthening the relevance of financial reporting.’

Of these ongoing consultations, one of the most far reaching is the primary financial statements project. A top priority for investors for a number of years, this consistently ranks high in agenda consultations, but the magical mystery tour has finally arrived at the point where an exposure draft has been issued. It proposes a number of changes to the layout of financial statements.

The most significant change is likely to be the introduction of three newly defined subtotals. The IASB chairman Hans Hoogervorst recently said: ‘One of the reasons why non-GAAP became so popular is that we ourselves have not provided much structure to the income statement.’ The IASB is not content to let it be, and it is hoped that the primary financial statements project’s expanded guidance may lead to a decrease in the use of non-GAAP measures.

The first subtotal being defined is operating profit. This isn’t a new concept, but it is one where there can be significant discrepancies. As part of the development of its proposals, the IASB sampled 100 sets of company financial statements. Of these, 63 showed some form of operating profit subtotal, but closer inspection revealed nine different alternatives for the calculation. The IASB is therefore proposing a set definition of this subtotal, with the operating section containing all income and expenses from an entity’s main business activities.

While this seems sensible enough, there is another change in this section. An entity that generates any income or expenses from investments or financing activities as part of its main business activities would record such items within operating profit. This places such items in the same section as other operating costs, rather than in investment income or finance costs as is currently the case.

Three more sections follow this operating section of the statement of profit or loss. The first is a single line, relating to integral associates and joint ventures, which will be followed by another subtotal – for operating profit and share of profit or loss of integral associates and joint ventures. This has been contentious, with many a hard day’s night spent on working out what is integral and what is non-integral. Currently, the IASB is defining one of these as integral if its disposal is likely to impact underlying operating profits.

Below this subtotal, we come to the two new sections, the investing and financing sections. The information contained in these two sections is currently commonly shown as investment income and finance costs, with limited additional detail.

* The investing section will contain income from investments generating returns separately from the ‘core’ business, splitting them into the different types of income.

* The financing section will also detail more lines, identifying the different types of interest expenses and income. The IASB believes there is an important difference between the variety of finance cost items such as the unwinding of discounts and simple interest on debt, which should be reflected in the statement. While this will make the statement of profit or loss longer, the disaggregation should produce more useful information.

There are also proposed changes to the statement of cashflows. Now the IASB is proposing a set definition of operating profit, it is recommendation is that the indirect reconciliation should begin at this operating profit line, rather than beginning at profit before tax and removing the investment income and finance costs. Further to this, there are proposals to remove the classification options for interest and dividends in the statement of cashflows. Currently, interest paid and dividends paid could be recorded in operating or financing activities, whereas interest received and dividends received can be shown in operating or investing activities.

In addition, the IASB proposes to define management performance measures (MPMs) as ‘subtotals of income and expenses that:

* are used in public communications outside financial statements

* communicate to users of financial statements management’s view of an aspect of an entity’s performance’.

These would have to be disclosed in a single note to the financial statements. So that we can work it out, there will also be a requirement to reconcile the MPM to the most directly comparable total or subtotal specified by IFRS Standards.

Having started this column with a quote from a recent Liverpool FC manager, I’ll end it with one from probably the club’s most famous manager of all. Bill Shankly once said: ‘Some people think football is a matter of life and death. I don’t like that attitude. I can assure them it is much more serious than that.’

Financial reporting may not carry the same passion or importance, but it is essential to the business world that financial statements maintain their relevance. While this exposure draft may not lead to a revolution, it is likely to change the presentation of the statement of profit or loss in a major way. The projected conclusion to the project is a new standard replacing IAS 1, Presentation of Financial Statements. It would also have an impact on many other accounting standards, so will be a significant change.

The steps proposed by the IASB are another step in getting better information to help the users. The aim is to improve comparability, to produce clearer disclosure and ultimately to produce a clearly understandable picture for users.

There are certainly going to be significant developments along the journey in the financial reporting world and the work being done now on the aircraft is designed to ensure that tomorrow’s accounting needs are not hindered by yesterday’s presentation requirements.

As always, the IASB is happy to accept a little help from its friends on the journey, and comments can be made on the exposure draft until 30 June 2020.