How blockchain works, and why it is so important

Don’t know where to start? Peter McBurney explains what blockchain is, how it is evolving, and why accountants are well placed to exploit its corporate consequences 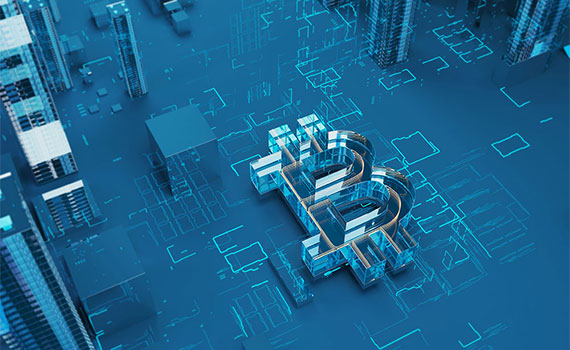 There is a great deal of buzz about blockchains and distributed ledgers at present. This is the second time I have seen such excitement about a new technology. The first was in the mid-1990s with the rise of the worldwide web, and the reasons for the excitement now are similar to those back then: many people can see potential applications and benefits even if they do not yet see how they will be realised.

So how best to explain blockchain? I like to compare it with the web. The internet has made it easy to share or disseminate information. Imagine it as a vast skyscraper made up of an infinite number of classrooms, each with a whiteboard at the front. Anyone can wander into any empty room and start writing on the whiteboard; doing so is like creating a website. We can also wander into any room and read what is written there.

The basic idea of distributed ledgers is similar, but imagine that in this case each room has a second whiteboard on the side, a ‘scratchboard’. Before being allowed to write on the main board, you need to write your draft text on the scratchboard and get approval from the people sitting in the room. Approval can be obtained via any group-decision method – for example, a majority vote. Also, once you have sent something to the main board, this text cannot be deleted without prior approval from the people in the room.

As with many computer technologies, practice comes well before theory. Charles Babbage and Thomas Fowler, for instance, built their calculating machines a century before Alan Turing proposed a theory of computing. In the case of the distributed ledger, the first widely known example was the blockchain technology developed in late 2008 to run bitcoin, the first truly decentralised electronic currency.

The bitcoin blockchain has some features that are specific to the bitcoin application, such as aggregating transactions into blocks, and chaining these blocks together in sequence. As we are now realising, though, these features are not needed for other applications. However, because we still don’t know the full potential of the technology, we do not have a good sense of the overall conceptual space of these distributed ledger technologies (DLTs).

If we have many computers agreeing on the values of some shared information, an obvious next step is to run computer programs over these shared values. Such programs running over a distributed ledger have come to be called ‘smart contracts’ (although the terminology predates blockchains).

Following the launch of bitcoin, the first organisations to see the potential of distributed ledgers for other applications were banks and financial institutions, about four years ago. Their interest was initially for monetary transfers, but people soon realised the technology would also work for transfers of any assets that can be digitally represented. Everledger, for example, is a startup that places indelible information about individual diamonds onto a blockchain to record ownership and changes of ownership of each diamond.

As understanding grew, people realised that the technology would work not only for asset transfers but also for recording any information where a permanent or semi-permanent record was needed. The next sector to become interested was insurance, starting around two years ago, and more recently companies in the energy and transport sectors.

Most global companies have grown by acquisition. This usually means they have inherited disparate IT systems, and getting these systems to interact with one another can be challenging. A distributed ledger can act as a shared blackboard between different IT systems, which the various systems can each write to, and a smart contract can then automatically aggregate the written data.

A recent proof-of-concept project that I undertook for a global bank executed internal foreign currency transactions between the national offices of the bank via a blockchain, as an alternative to executing these transfers through the Swift network. The benefits of the blockchain model were a reduction in the total cost of transfers and a significant reduction in the need for data reconciliation.

Reconciliation of data held in different databases is a major cost for many multicompany workflows. Consortia are being formed in transport and energy, for instance, to look at blockchain technologies for data sharing. For example, when a contract is signed for the delivery of some commodity – say, oil – to some place on some future date, each party to the contract will enter all the relevant data separately in its own database. To fulfil the contract, they may then need to instruct downstream partners – for example, a shipping company to collect the oil, inspectors to verify its quality, etc – and these partner companies also then enter the relevant details into their databases. All these episodes of data entry provide possibilities for error, so large companies employ people to reconcile data in intercompany workflows. Distributed ledger technology opens up the possibility that shared data need be entered only once, and validated at the time of entry.

A key challenge for commercial applications is that data should only be shared with others with a need and authority to see it. The bitcoin blockchain is an open system that anyone may join or leave at any time, and is therefore a ‘permissionless platform’, since no permission is needed to use it. This openness is a strength in a system designed as an electronic currency without a central controller, since every transaction is witnessed by the entire user community. Ethereum, another blockchain platform originally intended for smart contract applications, is also permissionless.

In contrast, most commercial applications under development are intended as ‘permissioned’ or closed systems, which means that only authorised users may participate in the system.

A requirement for many applications involving complex workflows, such as the management of energy trading contracts, is that access rights to different data items need to be granted to different organisations, possibly for limited periods. An oil company with a trading contract to supply a designated volume of oil to a designated place on a future date, for instance, may need to inform its nominated shipping company of the date, place and volume, but perhaps not the oil quality or the purchase price. None of the major permissioned platforms currently seem able to handle this requirement easily.

This experience of technology not being quite adequate to the application is typical of new technologies. DLTs are immature, and so too are the development tools needed by programmers. We are still at an early stage of deployment of these technologies and do not yet have a good understanding of which specific features are best for which types of application. It may be, as some sceptics argue, that a DLT is not the most appropriate technology for some applications. This needs to be decided case by case.

Much of the buzz around blockchain arises from its ramifications. The creation of an online presence by ‘bricks-and-mortar’ companies in the mid-1990s resulted in companies redesigning their internal business processes, and there followed a decade of business process engineering (BPE) and re-engineering (BPR) projects. The adoption of distributed ledger technologies for multicompany workflows will, I expect, lead to another wave of BPE/BPR projects.

The companies best placed to take advantage of this new wave are accountancy and management consulting firms. Now that law firms have been freed to enter other lines of business, we may also see them enter this market, especially to ensure compliance with data privacy regulations. Expect the future to be very exciting.