Why the ICO is changing the face of capital-raising 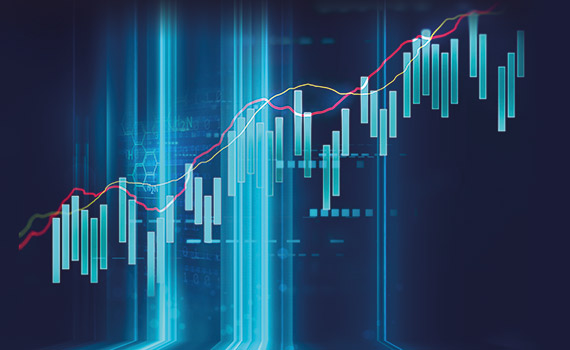 In December 2017, a Swiss-based company called SingularityNET raised US$36m from investors in under 60 seconds. The company, which enables artificial intelligence (AI) as a service (with the intention of creating a decentralised marketplace for AI) holds the record for the fastest capital-raising exercise ever. But this wasn’t an initial public offering; it was an initial coin offering, or ICO; SingularityNET’s investors paid in cryptocurrency and received ‘coins’ (also known as tokens) rather than shares in return.

If you have never heard of ICOs, you will soon. Essentially crowdfunding through cryptocurrency, ICOs began as a niche funding route for tech entrepreneurs developing new blockchain-based cryptocurrencies and connected applications. Typically, investors put money into a new business using an existing cryptocurrency (generally bitcoins) and in return were given tokens in another, new cryptocurrency that was also based on blockchain. If the venture was successful, the tokens would become valuable – meaning that the ideas with the most potential would garner the most attention.

The first ICO was in 2013, for mastercoin, a virtual currency, and was based on an idea for extending the capability of the bitcoin network; developers were invited to write bitcoin extensions in return for a share of ownership in mastercoin. More than 500 developers sent bitcoins – worth around US$500,000 at the time – to a dedicated bitcoin address, and received 100 times the number of mastercoin (which are still traded today under the name omni) in exchange for each.

More recently, though, the scope of offering has broadened considerably. The popularity of ICOs really took off in the second half of 2017 – the US$4bn of funds raised in those six months was 40 times the amount raised through ICOs during 2016. In 2017, 235 ICOs raised an estimated US$3.7bn, overtaking venture capital as the primary funding source for development in the blockchain sector.

ICOs are tempting, particularly for new tech businesses, as they promise to open up an avenue for funding that is quicker and less complex than traditional methods. As a result, ICOs are gaining more and more attention from investors, businesses and the media – but also from the world’s regulators.

The sudden growth in ICOs, their reliance on volatile cryptocurrencies and the fact that they are largely unregulated has created an air of nervousness. A debate is already raging about whether, and how, ICOs should be controlled and regulated – and whether the attention of governments and regulators is stifling what could be an innovative new development. So what is the truth? A comprehensive report from ACCA, ICOs: real deal or token gesture?, unpicks the myths and realities around ICOs and sets out the important role that professional accountants can play.

It is easy to see why ICOs are so attractive. The mechanism is simple and the barriers to entry remarkably low; all that may be required is for businesses to publish a ‘white paper’ with details of the concept that the tokens will be issued in exchange for cryptocurrency. ACCA’s report points out that the fact that most ICO websites also include instructions on buying bitcoins suggests that most investors don’t already own cryptocurrency.

There are more than 1,200 active cryptocurrencies in the world. Their rapidly increasing (although hugely volatile) value has helped to drive the interest in ICOs – which has in turn encouraged the creation of more cryptocurrencies. Add into the mix the fact that ICOs are largely unregulated and you have a potentially toxic situation on your hands.

The problem is that because an ICO issues a token rather than shares, it is not normally considered to be a securities offering, and so securities regulation and controls do not apply. Most regulators have issued warnings, although the approach contrasts sharply across the world; in the most extreme case, China banned ICOs in 2017 (see box).

Broadly, regulators have two lines of response open to them: highlighting the risks to investors and the more technical question of whether ICOs should qualify as securities. The risks are discussed in detail in ACCA’s report. By nature, the report points out, ‘ICOs tend to be launched by organisations that have no track record; these are typically young, small, inexperienced startups. Failures are likely to be more common, and certainly more damaging to investors.’

The biggest concern is that a bubble is forming; much of the return so far has been driven by rises in the value of the underlying cryptocurrencies (the value of bitcoin increased by 1,804% during 2017 and has dipped since). But there are other concerns. Ponzi schemes involving virtual currencies have been uncovered, and the anonymity of transactions makes ICOs a target for money launderers and terrorist financing. The secondary market is new and untested, and in extreme situations investors may find their tokens unsaleable – and, of course, cryptocurrencies are susceptible to hackers.

Even so, many see significant upsides to ICOs. They extend the finance raising options and allow new ideas to be quickly tested by the market. ACCA’s report identifies an optimal use for ICOs – situations where blockchain encompasses an entire value chain, where the ‘product’ is intrinsic within the environment. It’s a long and probably bumpy road to get to the stage where the ICO market is reasonably safe, though.

‘It will be essential to ensure that misuse of the original ICO concept does not block investment for genuine technological innovation,’ says the report. ‘Time will tell as to whether within existing regulation or new distinct requirements a new class of investment vehicle may emerge for ICOs, separate from securities but with its own lighter-touch regulation.’

The report adds that professional accountants have a big role to play in developing the underlying technology and in advising entrepreneurs on how to drive technological ideas to commercial success. ‘This is an area where accountants may find opportunities for involvement in shaping the future of blockchain,’ says the report, adding that ICOs have the potential for accountants to bring new and enhanced service offerings to guide organisations seeking funding. What is clear is that ICOs are here to stay; professional accountants who take the time to familiarise themselves with the process, and keep on top of the latest developments in blockchain, cryptocurrency and ICOs, will be ahead of the game.