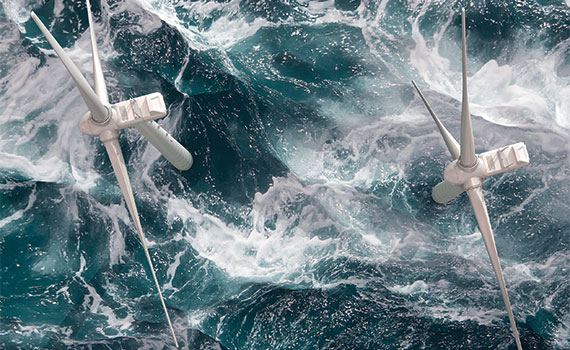 When vehicle producer Toyota issued its first green bond in 2014, it was entering new territory. No automotive business had previously employed a fundraising tool of this kind. Since then, the company has issued two further green bonds, raising US$4.6bn, which is being used to fund new retail finance and leasing contracts for low-emission and more fuel-efficient Toyota and Lexus vehicles.

The move at once broadened the choice of fundraising mechanisms for environmentally friendly products and services by private companies, as well as the range of industries involved in green bond issuances. Previously, only the energy, transport and infrastructure sectors had made use of the opportunity in a market that has seen considerable growth since its launch at around the time of the financial crash in 2008.

‘Of the projects getting financed, a good proportion are wind and solar from a utility,’ says Suzanne Buchta, managing director of debt capital markets at Bank of America Merrill Lynch (BAML). But the industries taking part have been gradually diversifying in a market that increased eightfold between 2013 and 2016, to US$80bn, and continues to grow rapidly. Excluding bonds issued by organisations looking for internal investors within individual countries, the international green bond market is now worth US$100bn – perhaps 2% of the overall bond market.

From small beginnings in 2007 with an issuance by the European Investment Bank, green bonds are now a popular choice for issuers and investors in the public and the private sector. ‘There’s considerable investor demand. These days, most bonds (green or not) are oversubscribed,’ says Buchta.

Treasury issuances of ordinary bonds have been commonplace for many years. However, green bonds provide new opportunities and advantages for both investor and issuer. For the investor, they are a straightforward way to get involved with greener and cleantech sectors without too much effort, at least where the issuer operates in both brownfield and green sectors and issues both types of bonds. ‘In a Green Use of Proceeds bond, the investors have exposure to the issuer just as they do through any other bond; they don’t have direct exposure to the wind or solar projects and therefore they can get green credentials without doing a deep-dive risk analysis on these emerging technologies,’ explains Buchta.

Investors approve a proportion of their investments as green, and once agreement has been reached on the green bond pricing and interest rates, they have no need to undertake a due diligence process or incur new credit risk. ‘This makes it more accessible to all types of industry,’ Buchta says. Usually, investor terms for the green bond are similar to those for the ordinary bond, although some claim otherwise. However, this is difficult to prove. ‘There is some patchy evidence that green bonds have more favourable interest than non-green bonds,’ says Jon Williams, sustainable finance partner at PwC.

Green bonds offer both advantages and drawbacks for the issuer. On the one hand, the issuer bears extra cost through issuing green bonds at the same price as ordinary bonds. Views on the extra cost differ; some believe it is minimal and overstated, but others argue it is a significant consideration.

‘There are several issuance cash and resource costs, such as time spent putting together the green bond framework, the identification and ring-fencing of projects, and the need for third-party verification,’ explains Williams. Verification and reporting can take place in line with either the framework of the Climate Bonds Initiative (a non-profit organisation offering green or climate bonds) or with guidelines in the green bond principles developed by BAML.

On the plus side, the issuer gains access to new sources of funding. ‘The issuer attracts different investors, such as industry and energy companies who wouldn’t invest in ordinary bonds. These are “sticky” investors, who buy and stay with you,’ Williams says. New investors from the ethical investment community and asset managers are also considering companies they might previously have ignored.

A further advantage is that green bonds are a funding alternative that allows issuers to meet their environmental, social and governance (ESG) policies or comply with environmental legislation without any of the additional cost imposed by an ordinary bond or bank debt.

However, market indicators suggest that green bonds are not adding volume to the overall bond market but merely replacing some ordinary bond issuances.

Green bonds open up an interesting avenue for investors, but new concerns have emerged. Voluntary initiatives such as the Task Force for Climate-Related Financial Disclosures are calling for further consideration of climate factors and risks by investors and corporates. Meanwhile, legislation on ESG and climate investment disclosure is looming across the European Union, potentially further boosting the green bond market.

The problem is that definitions of green investment have still not been nailed down despite decades of corporate ESG policies. Examples of controversial ‘green’ investments include dams, which are often ecologically harmful, and coal-fired power plants that make partial use of biomass fuel. Until the ambiguities can be resolved through clear classification, the environmental benefit of much green bond investment will remain in doubt, providing abundant scope for ‘greenwash’. Legislators say that such frameworks are around the corner.

"There's considerable investor demand, and every green bond issued has been oversubscribed"

What is a green bond?

Like an ordinary bond, a green bond is a fixed income investment through which an investor loans money to a corporate or government entity, which borrows the funds for a defined period at a variable or fixed interest rate. Owners of bonds are therefore creditors of the issuer. Green bonds are so called because they are used to raise money for projects and activities that have positive environmental or climate benefits, although the precise definition of ‘green’ is still being shaped.

In Q2 2017, green bond transactions accounted for 3% of global bond market transactions; 82 green bond deals were offered by 74 issuers, 50% of them first-timers.

The five biggest issuers in the first half of 2017 were France, the European Investment Bank, German infrastructure bank KfW, Bank of Beijing, and Dutch electricity utility TenneT.