When worrying can be positive

A tendency to worry can benefit managers in determining possible problems so that they can put plans in place to deal with them, says Dr Rob Yeung 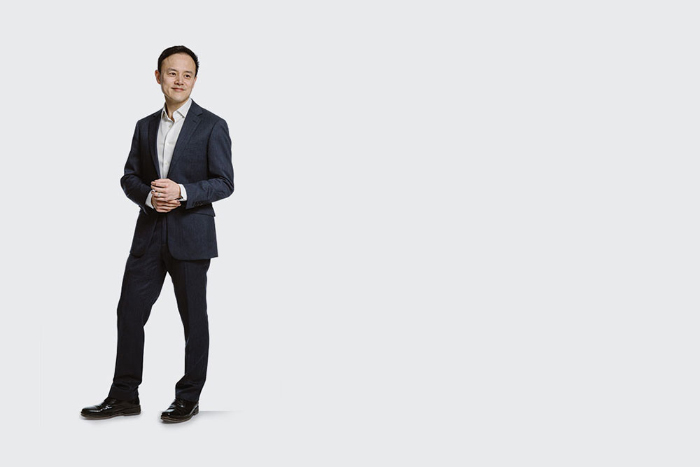 Individuals who are overly worrisome in the workplace are often criticised for being too negative and insufficiently optimistic. However, worry may in fact have certain positive consequences, both at work and in life more broadly.

When most people talk about worry, they may be referring to a pattern of repetitive negative thoughts about past regrets, current problems or anticipated future situations. However, psychologists typically define worry as an aversive emotional experience that comes about as a result of persistent, unpleasant thoughts only about the future.

It is commonly believed that high levels of worry are harmful to people, causing restlessness, disturbed sleep and perhaps a reduced ability to concentrate. However, a study by psychological scientists Adam Perkins and Philip Corr challenges this simple idea. In their sample of managers from a UK financial institution, they found that the tendency to worry was positively correlated with job performance – but only for those individuals who had above-average levels of cognitive ability (ie they scored above the 50th percentile on intelligence). In other words, worry benefited managers who were able to identify threats and had the capability to deal with them. Rather than blindly hoping for positive outcomes, individuals who are both smart and prone to worry may ponder likely or merely possible problems and put plans in place to pre-empt them.

A separate study, published in the academic journal European Economic Review, explored the relationship between optimism and earnings in a sample of business owners. Entrepreneurs who had levels of optimism below the mean earned 30% more than those who had levels of optimism above the mean. The self-employed ordinarily have much more discretion in how they work than employees; consequently, it may be doubly important for self-employees to worry and be prudent – rather than recklessly optimistic – about the choices they must make.

If there is a theme here, it is that a moderate amount of worry motivates planning, preparation and the prevention of negative outcomes. People who rarely worry may benefit from investing a little more time thinking through potential difficulties and worst-case scenarios to ensure they avoid disaster. Reviewing a large number of studies on the topic of worry, researchers Kate Sweeny and Michael Dooley at the University of California, Riverside concluded: ‘When people have control over a future outcome, worry illuminates the importance of taking action to prevent an undesirable outcome and keeps the situation at the front of one’s mind to ensure that appropriate action is taken.’

Worry most serves a purpose when we have a degree of control over a situation: an upcoming exam, presentation or job interview, for example. When we have no control over an outcome, however, worry may have little practical value and be unnecessarily unpleasant – such as when we may be waiting to hear about a job interview we attended.

Sweeny also worked with Jennifer Howell to track levels of worry in a group of law graduates over four months while they waited for the results of their bar exam, the major test that would-be lawyers must pass before they are allowed to earn a living in the legal profession. Budding lawyers worried less when they experienced high levels of competence: for example, taking on and mastering challenging tasks. They also worried less when they experienced a high degree of autonomy, ie they felt free to pursue projects and activities that they wanted to do rather than ones they had to do. In terms of the third need, they worried less when they felt a greater sense of relatedness – when they spent more time with people they cared for and felt appreciated by.

That suggests that when you are worried about things over which you have no control, you should take three steps. First, keep busy by developing your competence and capabilities: what can you do in the short term to improve your knowledge or skills? Next, make an effort to do at least some things that genuinely interest you rather than tasks you feel compelled to do. Finally, spend more time in the company of cherished friends, family and important others.

Q I work in the UK for an international business, which is headquartered overseas. The business has announced its intentions to close the UK operation and make several hundred employees redundant. However, the shutdown will be gradual and my role could be safe for nearly three years. I can’t get motivated to plan so far in advance. What should I be doing?

A People who find it difficult to motivate themselves sometimes find that they can be more productive when working with a partner or perhaps a small group of peers. Can you find like-minded individuals to work with? They could be people from the same business or individuals from entirely different industries who are considering a career change.

To set up an effective peer coaching group, ensure that everybody has the same objective: to take action and secure fulfilling work rather than simply chat, make friends or complain about how unfair life is. So be sure to agree on an agenda and ground rules for how the group will operate and keep each other accountable.

Given that you have a good amount of time, I suggest investing some time to research and consider a variety of career options. Perhaps buy a small number of self-improvement books focused on career change. Skim-read these to see what exercises you might do – either alone or with your fellow job hunters.

For example, some people find it useful to write about past, favourite work projects and experiences, and then try to distil the skills they most enjoyed using from them. Consider also reaching out to set up plenty of face-to-face conversations with people doing different types of work. Interview them to get ideas on what else you may enjoy, the barriers you may face and the steps you would need to take to improve the trajectory of your career.

Hunger may adversely impact our ability to make sensible decisions, according to new research by Jordan Skrynka and Benjamin Vincent at the University of Dundee. People were given choices when they had either just eaten a meal or been made to skip one. Across several studies, the researchers found that people who were hungry tended to be more impatient.

In one study, participants were offered a cash reward now or double in the future. Those who were satiated were willing to wait 35 days; in contrast, hungry participants could wait only three days.

Many people know that it is generally not a good idea to go food shopping when hungry as hunger often leads to more indulgent food purchases. However, this new research suggests that we should avoid making important business and career decisions when hungry, too.