What are the essential ingredients for a winning team?

Great teamwork doesn't depend on smart people so much as the right people, the right leader and the right techniques, as our talent doctor Rob Yeung explains 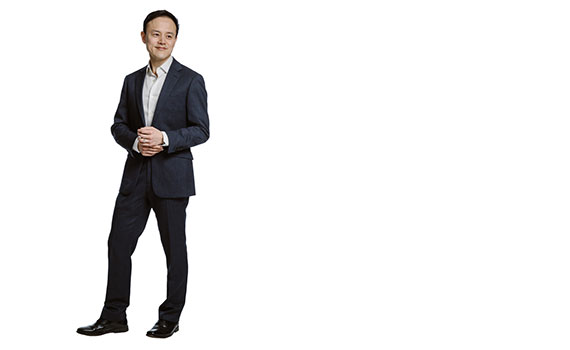 Why do some teams perform better than others? In my work with client organisations, I’ve noticed that highly intelligent, ambitious individuals do not always deliver the results that might be expected when working as a team.

Academic studies have also found that the average intelligence of individual group members is only moderately – not strongly – related to the group’s collective intelligence. In other words, research agrees that having smart people in a team is not enough to ensure the group will take good decisions or achieve strong results.

At the same time, a few teams manage to achieve outstanding outcomes even when they seem to have no particular advantages at the outset. If that is the case, then what is it that helps teams to perform well?

If you are able to assemble a team from scratch, you may be able to enhance its performance by taking certain steps. In particular, researchers led by Carnegie Mellon University’s Anita Williams Woolley have found that the social perceptiveness of individual group members is a better predictor of a group’s performance than the cognitive intelligence of those individuals.

The implication is that you should not just pick people for a team who are smart. You should pick people who read and respond to the emotions of others skilfully too. Social sensitivity contributes more towards team performance than straightforward intellect does.

In recent years, there has been much discussion about diversity in organisations. However, research shows that diversity has a complex, non-linear relationship with collective intelligence. Researchers led by Ishani Aggarwall of Tilburg University in the Netherlands discovered a curvilinear, inverted U-shaped relationship between cognitive diversity and collective intelligence. Stated in simpler terms, that means groups that are moderately diverse in terms of their cognitive styles perform better than those that are either very similar or very dissimilar.

In practice, most organisations have too little rather than too much diversity. Most teams could therefore boost their collective performance by increasing the cognitive diversity of their members.

It is not always possible to change team composition, but it is still possible to raise performance. One of the big determinants of team success is equality of communication. A group’s collective intelligence seems to be related to how equally communication is distributed among group members. Groups in which a handful of people dominate the discussion tend to perform less well than groups in which dialogue and debate is shared more equally.

The problem here is not that teams do not believe in the importance of equality of communication. The issue is more typically that dominant members within teams significantly overestimate the level of communication equality. In particular, most leaders underestimate how much they monopolise team discussions. An easy solution here is to conduct a survey or have an outside party carry out one-to-one interviews with individual members to gauge accurately the true level of equality of communication within the team.

Conducting an initial assessment of the most relevant skills and knowledge of each individual team member may also boost collective performance. Researchers led by the University of Washington’s Elli Theobald instructed members of newly formed teams to conduct a short knowledge audit. The teams were asked to spend a few minutes talking specifically about the two most relevant pieces of knowledge that each person brought to the team. The researchers found that teams conducting the knowledge audit outperformed and made measurably more accurate decisions than teams that were not taught the technique.

In practice then, having a discussion about the information and skills that everybody in your team possesses that are most relevant to a particular task may be very beneficial. It may ensure the team is guided by those who have the most relevant experience and knowledge rather than simply those who tend to talk the most.

Q I am in discussion with recruiters about opportunities for a new and considerably more challenging role. I have been told that several potential employers are likely to put me through an assessment process conducted by an external consultancy. What should I expect and how can I maximise my chances?

A Assessment processes can take many forms. When I am asked by organisations to assess junior to mid-level managerial roles, I typically ask candidates to complete several online psychometric tests before interviewing them in depth for around two hours. However, senior candidates are often more able to cover up their weaknesses during interviews. So when developing assessment procedures for senior managers or partners in professional services firms, I recommend creating a series of tests that have definitively right and wrong answers. These may include having to analyse the financials of a fictitious business and write a report on its prospects, or giving presentations on unfamiliar topics with little preparation.

If there is an interview component, you can prepare by thinking about your best experiences: what are your major accomplishments and what challenges have you overcome? Rehearse explaining these clearly and succinctly with a willing friend or a coach if you have one.

As for delivering presentations, you can set yourself up by practising out loud by yourself: give yourself only a short amount of time to summarise a topic that’s in the news and then record yourself presenting your point of view on the matter. Practising giving impromptu presentations will also help if you have to take part in group discussions as part of the assessment process. For psychometric tests, you can practise by taking free versions online.

Email your question for the talent clinic

Do you feel that you’re working hard but are not being offered promotion? I often remind my coaching clients that there is a difference between working in your job and working on it.

I define working in your job as doing all the tasks and assignments required of you in your job description. This entails satisfying the demands of your line manager and customers or clients.

To progress, though, you must also take it on yourself to work on your job. That means investing additional time in teaching yourself about relevant technical topics. You should look to accrue broader skills that may not be required in your current role but which are likely to be useful or even essential for the next role up. Also, think about networking: identify decision-makers across your business and make gentle efforts to build relationships with them so that they get to know and eventually respect you for your skills.