Student loan accounting system is an engine of 'fiscal illusion'

'Unexpected, if not bizarre' government accounting rules are distorting the cost of student loans to the taxpayer to the tune of billions of pounds 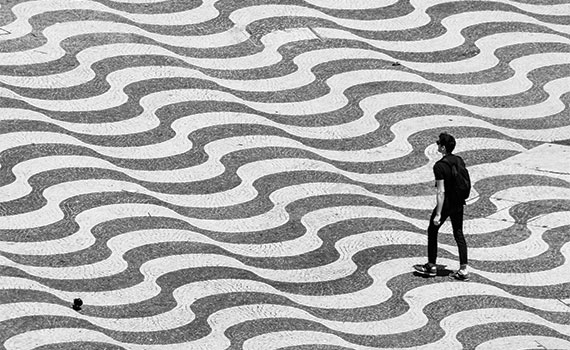 The Office for Budget Responsibility (OBR), an independent body established by the UK government to scrutinise public finances, has slammed the current system for the treatment of student loans as ‘fiscal illusions’. The government says that the proportion of the face value of loans issued that will be not be repaid will rise from 30% to between 40% and 45%, while the Institute for Fiscal Studies says 48%. Whichever figure is correct, as there is no write-off before the supposed final date of repayment, the result seems to be an artificially flattering portrayal of the public accounts.

The rules for stating government accounts are set out in the European System of National and Regional Accounts (ESA) 2010 – the agreed pan-EU systematic and detailed description of an economy, which, along with the companion Manual on Government Deficit and Debt, aims to record the ‘economic reality of transactions’, according to Eurostat, the European Commission’s directorate-general for statistical information.

However, these rules struggle to deal with a loan where the payment of both interest and principal are contingent on borrowers’ income. For many borrowers, significant sums are expected to be written off after a set number of years. In addition, the government periodically sells off part of the loan book. None of these quirks is captured by ESA 2010.

Iain Mansfield, ACCA head of public sector, says: ‘If the accountancy rules are not reflecting the true cost, then the government is incentivised to take decisions that are not in the best interest of taxpayers or students.’

Andrew McGettigan, a student finance specialist, gave evidence to the parliamentary inquiry into the student loan system. He described student finance accounting as ‘unexpected, if not bizarre, because we know that the interest accruing is very unlikely to be repaid, so we are scoring the receivable as income before we have necessarily received it, and we anticipate that we may never even receive it’.

In a July 2018 report, the OBR states that the accounting measures ‘do not reflect the true fiscal implications of the transactions taking place’. It adds that currently, the public sector net borrowing (PSNB) balance sheet measure ignores student loan assets entirely while the public sector net financial liabilities (PSNFL) measure records them at a significant premium to their true value.

In terms of borrowing, the OBR says capitalised interest that is not expected to be repaid will flatter the figures for decades, with large-scale write-offs far in the future eventually recognising the subsidy cost of today’s lending decisions. And because of a quirk of the accounting treatment, the sale of loans before write-offs have been recorded means the true cost of student loans is never recognised in borrowing at all.

Away from the accounting, the question of funding students through universities has always been politically controversial. The tuition fees levied by universities have trebled since 2010, and in the 2017 general election the Labour party made a high-profile promise to abolish tuition fees from 2018 if it formed the next government.

Mansfield says: ‘How we account for loans in the public finances may seem a matter of purely technical interest, but it has a political impact on decisions that affect the lives of millions of people. This underlines why financial reporting matters.’

The present recording of student loan write-offs impacts PSNB and PSNFL. The Office for National Statistics (ONS) is considering whether to change the accounting treatment of student finance (and consulting with its European counterparts, as it cannot change ESA 2010 rules unilaterally).

In reaching its decision the ONS might reread the July 2018 report from the House of Lords economic affairs committee, Treating Students Fairly: The Economics of Post-School Education. The report states that the decision to switch almost all higher education funding to tuition fees financed by student loans has hidden the true cost of public spending on higher education.

The changes, according to the report, have distorted the education system in favour of undergraduate degrees at the expense of other options. Lord Forsyth, chairman of the economic affairs committee, adds that government write-offs on student loans should be recognised upfront.

Mansfield says: ‘The government, in its review of post-18 education and funding, will have to decide whether to make recommendations based on the current classification or on the true cost to the taxpayer. This discrepancies have become too large to be ignored.’

The OBR has examined five alternative accounting treatments (see box) to see if any or all of these illusions can be dispelled and the true impact of student loans on fiscal sustainability revealed. None of the five is perfect, it concludes, but some offer a better reflection of fiscal reality than others.

Where the government is predicting it will not get money back [from student loans], that could be recorded in the national accounts at the time the write-off is recognised,’ says Mansfield. ‘Decisions could then be made based on the genuine cost to government and the taxpayer.’

"The interest is very unlikely to be repaid, so we are scoring the receivable as income before we have necessarily received it"

2. Modified interest: student loans continue to be treated as loans, but interest is recorded when it is paid, reducing final write-offs.

4. Net cost to government: the expected cost of financing student loans is added to an approach that recognises write-offs upfront.

5. Commercial accounting style: the net present value of projected future cashflows is used to estimate an upfront write-off cost when loans are issued.