Taxing times for the US

US tax managers are facing new challenges around compliance, process and data requirements in the face of transformational change for 2018, says Ramona Dzinkowski 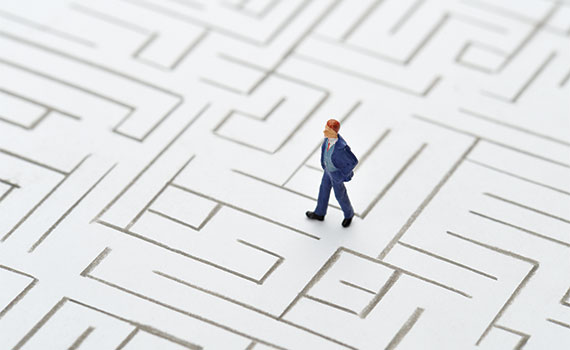 For US finance chiefs, 2018 is a year of uncertainty. The main conundrum is the implications of tax reform relating to financial management, reporting, risk, control, systems and processes. How this year will pan out is yet to be seen, which means that planning for change is no mean feat.

Besides cutting rates, one of the fundamental objectives of tax reform in the US is to curb avoidance created by current legislation and the manipulation of corporate structures – commonly referred to as base erosion and profit shifting (BEPS).

The President’s Framework for Business Tax Reform, a joint report by the White House and the Department of the Treasury, outlining the need for reform of the business tax system, stresses that the combination of the relatively high US corporate tax rate and the complicated system for taxing multinational businesses has resulted in billions of dollars of lost tax revenue due to profit-shifting, increasing corporate tax inversions and an erosion of the tax base. For example, according to the report, only seven corporations created inversions outside US borders between 2003 and 2011, but this figure rose to 27 between 2012 and 2015. The Organisation for Economic Co-operation and Development (OECD) reports the magnitude of the BEPS problem, with estimates indicating annual losses of anywhere between 4% and 10% of global corporate income tax (CIT) revenues, amounting to US$100bn to US$240bn annually.

To date, the US tax environment remains in a state of flux and the outcome of current federal proposals for reform will create a labyrinth of issues that not only impact corporate tax practitioners but also have implications across the entire enterprise. Among the proposals considered was replacing the corporate income tax with a consumption-like tax, or destination-based cashflow tax (DBCFT). However, the potentially disruptive DBCFT was set aside in the Joint Statement on Tax Reform released by the White House and Congress on 27 July.

The US currently taxes worldwide income, but income from foreign subsidiaries is typically deferred until the earnings are repatriated. Foreign taxes paid receive a credit against the US tax payable. Current proposals to move to a territorial system would exempt profits earned outside the US from US tax (whether or not such profits are remitted to the US parent).

According to Vince Capurso, tax counsel for GAMCO Investors, a publicly traded investment firm based in New York, a more detailed joint statement is expected to be released in September (as AB went to press) that is likely to include anti-BEPS measures. A minimum tax on foreign earnings is among the ideas being considered to protect the US tax base in a shift to a territorial system. ‘The impact of the potential tax changes on planning, data collection and reporting may surprise those who are unprepared, and companies are well advised to think about it  now,’ he says.

For US companies, tax planning in this fluid and uncertain environment is a challenge. How these issues are being monitored, managed and evaluated in terms of risk exposure varies widely, along with the potential impact on management processes and information systems. Tax managers are facing new challenges around compliance, process and data requirements – such as country-by-country reporting requirements – that will eventually lead to a transformational overhaul of their tax functions.

To deal with the new environment, integrating the tax function across the entire organisation is essential. Companies must: design a strategic roadmap for transforming the tax function; determine key drivers for change; and evaluate what it all means for their current tax model.

Tax managers will be asking themselves several questions. What is the role of big data and artificial intelligence? What systems improvements need to be made to ensure a seamless flow of information between business units, functions and managers; and what assurances need to be put in place around data security, internal controls and audit to create a wholly integrated, effective tax management system?

Opportunities for transforming the tax function can’t be taken in isolation. The changes needed to respond to evolving regulatory demands, technological developments and opportunities to reduce risk/improve control will require a cross-functional, team-based approach.

In its 2016 report, The Tax Function of the Future – Building the Business Case for Change, PwC predicts that many jurisdictions will legislatively require the adoption of a tax control framework which follows guidelines similar to Sarbanes-Oxley and COSO (Committee of Sponsoring Organizations of the Treadway Commission), and that most global tax preparatory compliance and reporting activities, including data collection and reconciliations, will be performed within the company’s shared service centre or co-sourced with a third party.

So what should finance executives should be doing now, while the tax environment is in a state of flux? John Kelleher and Howard Wagner of tax advisory firm Crowe Horwath, writing recently on CFO.com, suggest the following financial strategies to prepare for moving to the proposed territorial system, with a lower corporate tax rate:

* Determine if you repatriated profits today, whether the US tax paid would be greater or less than the tax that would be due under the deemed repatriation proposals.

* If the US tax on repatriation of foreign profits is lower than the tax liability under president Donald Trump’s proposals or the blueprint, consider repatriating profits before any changes are made in the law.

* Certain companies should avoid repatriation until the potentially favourable rates on a deemed repatriation are available. In fact for most US corporations, the US tax on repatriation, after the foreign tax credit, will be greater than the proposed tax liability under Trump’s proposals or the blueprint.

* Consider borrowing in the US to fund cash needs and deferring repatriation of foreign profits until after legislation has passed.