The attractions of a universal basic income

While the increase in the individual personal tax allowance is good news for many, it will seriously damage the Treasury’s coffers. Is it time for a radical overhaul? 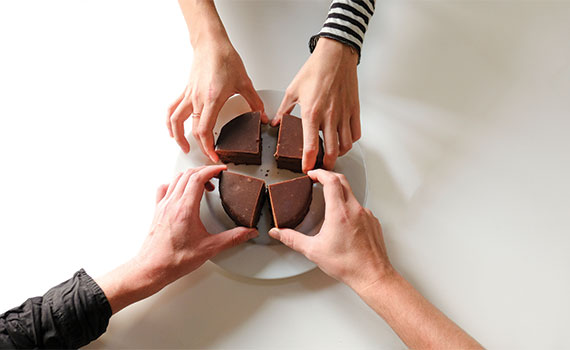 On 6 April, the individual personal tax allowance increased to £12,500. Hailed by the government as a progressive move that would lift thousands of workers out of the tax-paying system altogether, while putting more pounds into the pockets of the less well-off, it is a policy that, on the face of it, makes good political sense.

But there is a cost – rather a large one, actually. When combined with the reduction to £50,000 of the higher rate threshold, the Treasury’s coffers will be reduced by some £8bn over the next five years, according to HMRC figures. But the New Economics Foundation (NEF), a left-leaning thinktank, points out that the whole personal allowance system cost £107bn in 2018/19, the equivalent of 14% of all government tax revenue for the year. It is a figure that will continue to rise into the future; in 2019/20 it is expected to cost £111.2bn.

As Alfie Stirling, head of economics at the NEF, says: ‘The persistent increases to the personal allowance of income tax seen over the past decade represent one of the most expensive and regressive public spending initiatives of the 21st century so far. It costs more than the whole of defence, local government and the Department for Transport combined, and enriches the highest income households almost seven times faster than the poorest.’

But the NEF has a plan that, it claims, would be fiscally neutral while highly redistributive. Its proposal is to scrap the allowance and replace it with a weekly cash payment of £48 a week. This, it believes, could lift 200,000 families out of poverty, shifting £8bn currently spent on tax allowances for the 35% highest income families to the remaining 65% of families. The key point here is that the personal allowance is of no use to anyone who earns less than £12,500.

Stirling says: ‘Repurposing the funds from the personal allowance into a new “weekly national allowance”, paid to everyone outside of the richest 1%, would significantly improve on the social security system at a time when the botched rollout of Universal Credit is otherwise causing acute financial hardship and misery.’

According to the NEF, the allowance is worth significantly more for higher income households. In 2019/20, it will be worth £6,500 in reduced tax liabilities for the 10% highest income families, but worth just £600 for the poorest 10%.

The proposal would see the personal allowance of income tax replaced with a weekly payment equal to the value of tax that would otherwise be paid on the full £12,500 of personal allowance. For 2019/20, this payment would be worth £48.08 per week in England, Wales and Northern Ireland, or £2,500 per year. In Scotland, the 19% income tax band introduced in 2018/19 means that the cash payment would be set at £45.68, worth £2,375.15 per year. The basic rate of income tax (or starter rate in Scotland) would then be applied to the first £1 of most forms of income. Eligibility for the payment would be extended to everyone over 18 with a UK national insurance number, except for those earning above £125,000.

‘With Brexit among a number of recessionary threats on the horizon, the “weekly national allowance” would not only help to shield families from the worst effects of recession, but would also aid future recovery by maintaining a minimum level of income and spending in the economy,’ Stirling argues.

The NEF argues that the policy would be highly redistributive, fiscally neutral and would improve macroeconomic stabilisation. On top of this, the foundation reckons that it could be introduced within the time of one parliament and that much of the necessary administrative infrastructure is already in place to make the payments.

So, would it work in practice, and what would it achieve? Such ideas of a universal basic income are not new. In 2017 Finland introduced a scheme under which a randomly selected group of 2,000 individuals were given £475 per month, with no obligation to seek work. The results are still being evaluated, but preliminary findings are that those in receipt of the payment felt happier, although it didn’t help them find work.

‘The thought of HMRC having to deal with millions of extra taxpayers at the same time as distributing flat-rate payments to everybody does worry me and there will be a whole host of additional implications to think through,’ says Andrew Hubbard, a tax consultant at RSM. ‘But as a political idea for how the country’s resources are to be distributed, it is something that should be given serious consideration.’

‘Radical tax reform is always controversial but this should certainly be looked at closely,’ continues Hubbard. ‘I doubt we will ever move completely to this sort of regime, but now that the personal allowance has been withdrawn for those with incomes over £100,000, I can well imagine future chancellors looking to bring that limit down. But I can’t see them simply giving it all away without wanting to get something back.’

Shadow chancellor John McDonnell has welcomed the NEF’s proposal. If it were to become official Labour policy, a snap general election – not that remote a possibility – might bring the policy one step closer to reality.

"With Brexit as a recessionary threat, the weekly national allowance should shield families from the worst effects and help future recovery"