With levels of retirement savings remaining low, the Irish government is considering automatic pension scheme enrolment as a way to ensure a more prosperous old age 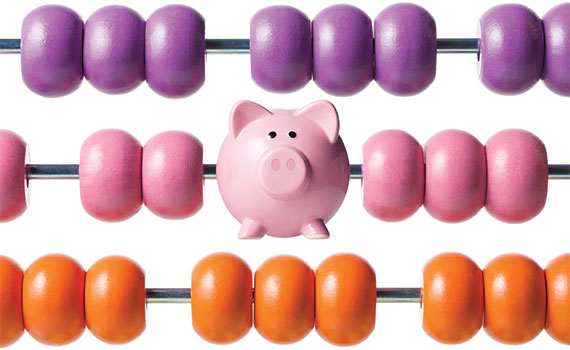 A new system that would automatically enrol individuals into state-sponsored workplace pension schemes from 2022 is one of a series of changes proposed in the government’s recently published report A Roadmap for Pensions Reform 2018-2023.

The document sets out a ‘strawman’ design (a draft proposal intended to be improved on) for auto-enrolment that envisages automatically enrolling in the new system any employees in the private sector who meet certain age and income requirements and are without existing private pension provision.

Workers with existing pension provision, the self-employed, and workers with salaries below the income threshold would be able to opt in to such pension schemes. Contributions would be made by workers and employers, and topped up by the state.

A final decision on the auto-enrolment system design will take place after a public consultation process scheduled for the second quarter of 2018.

KPMG director Joanne Roche says that auto-enrolment would impact some sectors more than others, with retail, recruitment agencies, construction and call centres among those most affected. She explains: ‘Companies with a preponderance of lower-income workers may reconsider an auto-enrolment type design in order to benefit from the improved top up from the state.

‘Given that auto-enrolment is still a few years away, the main source of interest in our advice at this stage is from providers and would-be providers. This reflects the large influx of new contributors potentially caught in the auto-enrolment net, a mooted 600,000 to 1.3 million additional contributors.

‘Final numbers will vary depending on design and the minimum earnings and age thresholds. As in the UK, there may also be knock-on impacts in terms of additional contributors reflecting those under the age and income thresholds also opting into pensions.’

Driving the move to auto-enrolment is concern about the financial sustainability of Ireland’s existing pension system. Despite the availability of tax reliefs, only 35% of employees have supplementary pension cover.

Recently published research by University College Dublin’s Shane Whelan and Maeve Hally argues that the existing tax-based incentive system for pension saving disproportionately favours higher-rate taxpayers. Their paper, published in January 2018, says that existing taxation supports for pension savings should be reformed before the introduction of auto-enrolment and concludes that ‘a better outcome for the considerable tax expenditures, in terms of numbers of pension savers, could be achieved by abolishing tax incentives and replacing them by a matching contribution of, say, €1 state contribution for each €1.6 saved (which is an effective subsidy of 38%) as recommended by the Commission on Taxation (2009).’

According to the roadmap, the cost to the state of funded supplementary pensions will be reviewed, and there will be an assessment of the economic and social benefits delivered and an evaluation of equity in the distribution of tax expenditure on pensions.

Along with auto-enrolment, measures in the roadmap include the introduction of a total contributions approach for the contributory state pension from 2020. This would make an individual’s contributory pension proportionate to the contributions they make, with fair regard given for periods of child rearing, full-time caring, and being in receipt of social protection payments.

Proposed measures to protect defined benefit scheme members and pensioners include advancing the Social Welfare, Pensions and Civil Registration Bill 2017 to bring in new controls on scheme funding, investigating other measures to improve oversight and transparency in the financial status of schemes, and further consultations with sector representatives to identify any appropriate and sustainable funding reform options.

Roche says: ‘Anecdotal evidence is emerging of sizeable numbers of public servants in certain sectors leaving within two years – to allow a refund of their contributions paid. The incentive to join and leave within that timeframe post this reform would be even greater given that the additional superannuation contribution would also be included in the refund given.’

Legislation to raise the compulsory retirement age to 70 for public servants who were recruited before 1 April 2004 is also envisaged.

The timelines set out in the roadmap are ambitious, with numerous reports and consultations planned over the coming months, including public consultations on the total contributions approach and auto-enrolment in Q2 2018, and consultations with sector representatives on the operation of defined benefit schemes in Q4 2018.

Reform of the state pension: there will be a public consultation on the total contributions approach design in Q2 2018, and a consultation on rate-setting and the funding approach for the Social Insurance Fund in Q4 2018.

Improved governance and regulation: initiatives will include transposing the EU’s IORP II occupational pensions directive into Irish law with effect from 2019.

Measures to support the operation of defined benefit schemes: consultations with sector representatives will take place in Q4 2018.

Public service pensions: legislation to raise the compulsory retirement age to 70 for public servants recruited before 1 April 2004 will be introduced in Q2 2018.

Support for fuller working lives: an options paper will be introduced in Q4 2018 to allow the deferral of the contributory state pension on an annual basis to include actuarial increases in payments.