The boost to the annual investment allowance is no more than a temporary measure, and small businesses may find they can’t capture the full benefit anyway 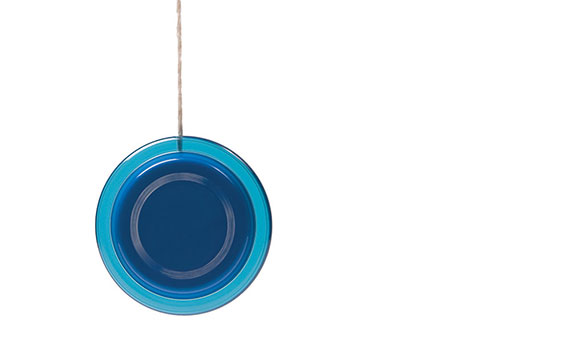 It felt like déjà vu all over again. In his 2018 Budget speech, Philip Hammond, chancellor of the exchequer, announced that the annual investment allowance would be increased to £1m from 1 January 2019. However, it was billed as only a temporary hike, with the limit to return to £200,000 after 31 December 2020.

The thinking behind the move is quite clear – at a time of economic uncertainty caused directly by the UK’s imminent departure from the EU, businesses are not inclined to make investments. Unless, that is, a nice juicy carrot – in this case a generous short-term tax break – is dangled in front of them.

‘There are already signs that Brexit has led to businesses putting off their investment decisions,’ says Mike Cooper, business tax partner in Moore Stephens’ owner-managed business group. ‘If businesses stop investing, it will drag down economic growth. The number of capital allowance claims has dropped over the past year, showing a stimulus was needed to get investment going.’

But it was then cut back to £200,000 in January 2016 in a move that was supposed to be ‘permanent’. It is perhaps no wonder that the allowance, which permits businesses to deduct the full value of an allowable expenditure (including most plant and machinery) from their profits, has been dubbed the ‘yo-yo allowance’. It is also expected to cost the exchequer £1.24bn up to 2021.

As Jay Boyce, partner at MHA MacIntyre Hudson, says: ‘The increase in the annual investment allowance is excellent news for small and medium-sized enterprises and will encourage investment in new plant and machinery.’

According to HMRC, 30,000 businesses in the UK have an annual expenditure on qualifying assets that exceed the current £200,000 limit; no doubt they will all welcome the raising of that limit to £1m from this month. However, concerns have been raised that the remaining 97% of businesses that claim the allowance but whose investment expenditure is below the £200,000 limit could be saddled with complications that have been introduced along with the limit hike.

Michael Steed, co-chair of the technical steering group at the Association of Taxation Technicians (ATT), was quick to highlight how some businesses could miss out on the benefit of the quintupled limit simply because of the timing of their expenditure. ‘Businesses repeatedly call for stability in the allowance in order to be able to plan for capital expenditure, but the transitional rules required to cope with the fluctuating levels have produced unintended consequences,’ he says. ‘In some cases, businesses whose annual expenditure in their accounting year was apparently within the annual limit have ended up being denied the full benefit of the allowance because of the timing of their expenditure within their accounting year.’

Given that such a relatively small number of businesses are likely to be able to take advantage of the increase from £200,000 to a £1m limit for two years, the ATT believes that the complicated transition provisions should apply only to those businesses able to benefit from the temporary uplift. The simplest way for this to be achieved, the ATT argues, would be to permit all other business to opt out of the increase, thereby enabling them to ignore the transitional rules.

As currently drafted, the Finance Bill 2019 provisions, released in November, mean that a business with a year end of 31 March 2021 would have an effective allowance limit of £800,000 if it incurred all its qualifying expenditure for that year in the nine months up to 31 December 2020. If the whole of that expenditure was incurred instead in the three months up to 31 March 2021, the allowance would be restricted to just £50,000, representing three months of a £200,000 annual limit.

For a business with a year end of 31 January 2021 or 28 February 2021, the effective limit for expenditure after 31 December 2020 would be even lower: £16,667 or £33,333 respectively. Any qualifying expenditure in excess of the restricted allowance limit is still eligible for the annual writing-down allowance, but that is at best only 18% on a reducing balance basis and could be as low as 6%.

Without the type of measure suggested by the ATT, many businesses with a year end other than 31 December will have to consider the tax implications of the precise timing of their capital expenditure. It is a move that should not impact exchequer revenue. It would simply remove an unnecessary timing complexity that would otherwise be a concern for business and impose an unwelcome additional policing responsibility on HMRC.

Of course, it is entirely possible that the ‘temporary’ increase in the annual investment allowance becomes a permanent fixture. But in light of the past performance of this yo-yo tax, business would be wise not to bank on this and plan the timing of their investments carefully to make full use of the allowance.