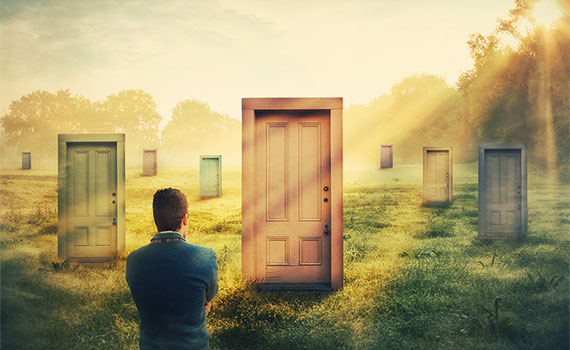 According to a recent study by EY, 79% of global tax executives regard the international tax environment as ‘uncertain’ – including 42% who agreed whole-heartedly (‘very much so’ or ‘extremely so’).

What is driving this climate of anxiety? Although EY’s survey was looking at the global transfer pricing landscape, four letters can probably sum up the uncertainty: BEPS.

Base erosion and profit shifting is the Organisation for Economic Cooperation and Development’s (OECD) flagship tax reform programme. Launched in 2015, BEPS is a package of tax reforms to ensure that large multinational enterprises (MNEs) do not shift tax revenue away from countries where they are actively doing business to other jurisdictions with lower tax rates.

Last November, the OECD hosted debates over its latest plans to bring together a number of proposals over how the digital economy should be taxed. Its plan is to re-allocate some profits and corresponding taxing rights to countries and jurisdictions where MNEs have their markets. It would ensure that MNEs with significant business in places where they do not have a physical presence are taxed in those jurisdictions, by creating new rules on where tax is paid (‘nexus’ rules) and on what portion of profits should be taxed (‘profit allocation’ rules).

‘We’re making real progress to address the tax challenges arising from digitalisation of the economy, and to continue advancing toward a consensus-based solution to overhaul the rules-based international tax system by 2020,’ said OECD secretary-general Angel Gurría. ‘It brings us closer to our ultimate goal: ensuring all MNEs pay their fair share.’

However, Gurría warned that some jurisdictions may decide to go it alone. ‘Failure to reach agreement by 2020 would greatly increase the risk that countries will act unilaterally, with negative consequences on an already fragile global economy. We must not allow that to happen,’ he said.

The UK has already introduced its own diverted profits tax, which came into force in April 2015. The tax tackles the perceived continued diversion of profits away from the UK by MNEs through the use of particular operational structures and aggressive transfer pricing policies.

HMRC has been implementing a compliance facility since January 2019. The facility aims to encourage companies to review both the design and implementation of their operational structures and transfer pricing policies and to make any appropriate changes. They are encouraged to use the facility to put forward a detailed tax report, including proposals to pay any additional tax, interest or penalties that may be due where adjustments to previously filed returns are required. The facility allows affected companies to bring their UK tax affairs up to date, reduce the risk of profit diversion in the future and limit the threat of further, more costly, HMRC interventions.

To encourage compliance, HMRC has issued a series of ‘nudge’ letters to organisations it believes will be affected by the new rules. ‘We understand from HMRC that the majority of businesses that received a nudge letter in the first and second tranches have registered under the facility,’ says RSM’s Suze McDonald, who heads up the firm’s southern region transfer pricing team. ‘HMRC has also opened enquiries into many of those that received such letters but did not register.’

Returning to the EY survey, which focuses on transfer pricing, it is clear that it is not just in the UK where tax executives fear intervention from revenue collecting agencies. Peter Griffin, EY global transfer pricing leader, says: ‘The tax world is moving to an era of multilateral policy and administration, which is causing monumental shifts in the practice of transfer pricing. Executives believe there will be an upswell in the depth, breadth and frequency of challenges to transfer pricing. Specifically, executives surveyed anticipate significantly more instances of audits, fines and assessments, and they recognise the need to respond.’

Some 82% of respondents in the EY survey say they have experienced challenges to their transfer pricing over the past three years, with 40% of these saying the resulting adjustments had led to double taxation. Griffin says: ‘The degree and pace of change of global tax reform has become so great that it is now critical for businesses to think strategically to reflect the evolving landscape. As uncertainty becomes the watchword for many, looking ahead to the short, medium and long-term impacts of local and global reforms is the only way to implement an adaptive and effective tax strategy.’

As the OECD admits, the stakes are very high. Its proposals need to address a broad range of issues, including the allocation of taxing rights between jurisdictions, fundamental features of the international tax system (such as the permanent establishment and the arm’s length principle), the future of multilateral tax cooperation, the prevention of aggressive unilateral measures, and the intense political pressure to tax highly digital MNEs.

The OECD has also proposed a global minimum corporate tax rate. The proposals would apply not only to tech giants such as Facebook, Apple, Amazon, Netflix and Google, but also other multinationals that make significant sums from brands and other intangible assets.

The OECD claims that a minimum tax rate on all income reduces the incentive for taxpayers to engage in profit shifting and establishes a floor for tax competition between jurisdictions. The specific levels of minimum tax rates have not yet been discussed, as the OECD wants to reach agreement on the principles first.

The reaction to its consultation has been mixed. The Information Technology Industry Council says the growing threat of a patchwork approach to international tax underscores why the significant questions and challenges raised by digitisation must be addressed in a multilateral setting.

Meanwhile anti-poverty campaigners are concerned that the OECD’s rules are too feeble and will not give poor countries sufficient rights to raise revenues. Susana Ruiz, Oxfam’s tax policy lead, says the global minimum tax plan ‘opens up the possibility that big corporations will simply shift their headquarters to a tax haven to avoid paying tax’.

Either way, it will be interesting to see if the results of EY’s survey will have changed in a year’s time, or whether the outlook remains uncertain.